In China, pigs are flying. Almost. 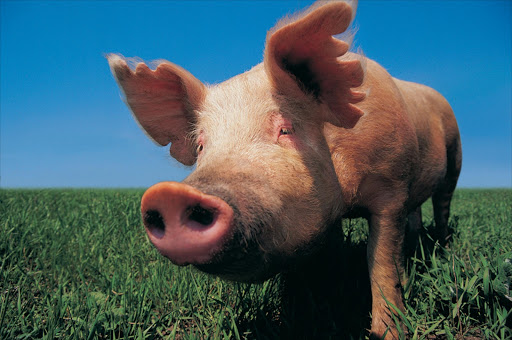 Pigs cannot fly, but they can dive. Swine across China are jumping or being shoved off platforms into pools and ponds where they bob around before paddling to shore.

Images on the Internet and reports in newspapers suggest that creating a leaping, amphibious pig is another realm where China, which raises more than half the world’s pigs, can claim global pre-eminence. Online photos show piglets prodded to dive off a bridge into a lake. Others show a spotted pig triathlon of diving, swimming and hurdling.

Aquatic swine are not exclusive to China. Australia has a family with diving pigs, and in the Bahamas you can frolic in the surf with them. But China’s rural entrepreneurs have turned the pursuit into a tourist draw and a selling point for pork. Proponents say that diving pigs are healthier, leaner and tastier.

“We wanted to make the pigs grow healthier because usually they’re too lazy,” said Zou Wei, a manager in the planning department of Tuhe Black Pork, a company in Shandong province that makes hogs dive and swim. “To start with, the pigs don’t like it, but you force one onto the diving platform and it slides down, the others see that and follow.”

The Piggy Kingdom Family Amusement Park in Zhejiang province has taken the amusement factor to new heights. Pictures and video from the park show pigs being heaved off a platform and thrashing in the air until smacking into water 39 feet below. That’s about 6 feet more than the tallest Olympic diving platform.

“The Piggy Amusement Park is a bit smelly,” one visitor said, according to a report on the local government’s website. “But the piglets were cute diving into the water, and the kids loved it.”

As with human athletes, it is a matter of mindset, said Yang Shiliu, a former researcher in the Hunan Animal Husbandry and Veterinary Institute, who is considered one of the foremost experts on pig diving.

“The occasional divers will be hesitant,” Yang said in a telephone interview from Changsha, the capital of Hunan province in southern China. “Once they’re used to it, they don’t mind.”

Besides, he said, pigs are more adept at swimming than other athletic activities. The Salon pig-breeding company in Hunan considered making pigs jog for exercise, he said, but found their trotters were too dainty for their bulky bodies. Moreover, he said, “Aquatic exercise is a bit more intense.”

Some people have been appalled by the spectacle of pigs being pushed into ponds. “Making pigs dive into water is abusing them,” one person said. “Our citizens have no heart.”

Animal rights advocates, however, have been restrained in their criticism. Jeff Zhou, a China representative for Compassion in World Farming, which campaigns against animal abuse, said pigs in China’s factory farms suffered worse fates than diving, including castration without anesthesia and immobilization in sow stalls and farrowing crates.

But platform diving is not necessarily a pig’s idea of fun, he added.

“It can bring a certain kind of stress to them at the very beginning,” he said. He said farmers should base exercise regimens “on the needs of animals, not the amusement of humans.”

Pig-diving proponents insist they are doing both.

Huang Demin, a farmer in Hunan, has been credited with popularizing the practice, developing a slanted diving platform and a routine of daily exercise for hogs, including food inducements to take the plunge, according to newspaper and television accounts.

One of Huang’s pigs, Jingjing, was the Greg Louganis of the species, to judge by Huang’s account.

“As soon as its master signaled, it would clamber up onto the lane and head into the water without a squeal,” said one admiring report. “The other piglets did not go along.”