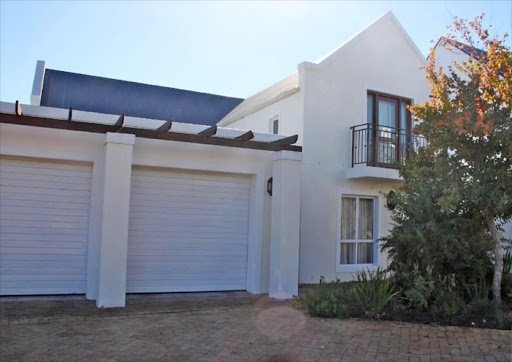 The murders have not affected the house's price
Image: Supplied

The fact that blood was spilt on the property has not deterred potential buyers from showing interest in the Stellenbosch home where a triple murder occurred early this year.

The home of the Van Bredas went on the market with a price tag of R6.2-million last week. The average house price at the exclusive De Zalze Winelands Golf Estate is R9-million. A couple believed to be from Europe were taken on a tour of the townhouse on Friday, a neighbour said yesterday.

Family spokesman Ben Rootman said the house was "in mint condition". Several offers have already been made.

Property consultant Erwin Rode said "crime is very bad for property", but it was unlikely to affect the Van Breda home. "They can clean it up. My first reaction is it probably won't affect the value," he said.

The four-bedroom home has a splash pool, state-of-the-art kitchen and two garages. The home, described as offering "comfortable living" on agency Re/Max Oaktree's website, is 364m².

Owners Martin and Teresa and their son Rudi were hacked to death on January 24. Siblings Marli, 16, and Henri, 20, are the only survivors of the attack.

The decision to sell the house had been made by family members and trustees, said Rootman.

One of the Van Bredas' neighbours, former SABC sports anchor Martin Locke, this week said the close-knit community was trying to move on after the murders, but it was difficult because no one had been charged.

Marli, believed to be a key witness, has not fully recovered. She has suffered memory loss after sustaining extensive head and neck injuries, and as a result is said to have no recollection of the attack.

She has been staying with friends, while Henri is with family in Klerksdorp. Henri was in the house during the murders and claimed an axe-wielding intruder attacked him and his family.

The two are the main beneficiaries of an estate valued at about R200-million.

Locke said the mood on the estate had not changed much. "Of course there's this interest in Marli. She's a special girl to a lot of us who knew them and her recovery is something that everybody really wants to see and for her to have a happy life."