The benefits of mind-wandering 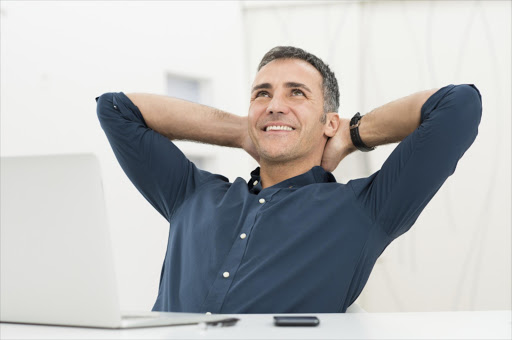 It’s well known that an idle mind is the devil’s playground. Which makes me wonder if an idling engine is the devil’s mode of transportation. Which I’d realize is nonsensical, except that now I’m thinking of this beautiful California mountain town called Idyllwild, reminding me how Kennedy Airport used to be Idlewild Airport, which is mentioned in the theme song of the 1960s TV show “Car 54, Where Are You?” Which makes me wonder if 54 is a prime number. But then I feel embarrassed — it’s an even number, ninny!— reminding me of that really embarrassing thing I once did.

A wandering mind can bollox up all sorts of useful activities — like trying to finish the first paragraph of a newspaper column with a clearly stated thesis. In studies asking subjects at random what they’re thinking, researchers have found that during some tasks, we spend about half our time “mind-wandering,” that is, having thoughts unrelated to the work at hand.

How is mind-wandering generated in the brain? One finding is provocative. Stick people in a brain scanner, and when their minds are wandering, one region that activates is the dorsolateral prefrontal cortex (dlPFC). This is surprising, because it’s a relatively recently evolved brain region, central to executive functions like long-term planning, working memory and decision-making. It’s the last brain region that you would expect to get involved with something as frivolous as mind-wandering.

Perhaps the activation of this brain region is actually a response to mind-wandering rather than a mediator of it. Suppose the mind-wandering brain circuit, wherever that is, activates and the dlPFC tries to put a brake on it, essentially saying: “Hey, we’re trying to get something done — enough daydreaming!”

A recent study examined these issues and produced what was, to me, an unexpected finding. Writing in the Proceedings of the National Academy of Sciences, Vadim Axelrod of Bar-Ilan University in Israel and colleagues stimulated the dlPFC in subjects by giving them a repetitive task (monitoring number sequences on a screen and pressing the space bar whenever a certain digit appeared). Researchers asked the subjects intermittently what they were thinking about and, predictably, rates were high for “task-unrelated thoughts.” Their minds were wandering.

The scientists also used “transcranial direct current stimulation,” in which an electrode is attached to the scalp, sending low electrical currents that activate neurons directly underneath. Electrodes were positioned over the dlPFC (or, for a control group, over an unrelated brain region) and turned on or off during the repetitive task. (Importantly, subjects typically couldn’t detect the current.)

The result? Stimulating the dlPFC increased the amount of mind-wandering. And did performance on the task plummet? No; it even improved a smidgen.

What does it mean that this hard-nosed, task-oriented, executive brain region helps to mediate mind-wandering? Why should the dlPFC want us to daydream? Probably because it can be beneficial.

For starters, mind-wandering fosters creative problem solving. It also aids decision-making by allowing you to run future-oriented simulations in your head: “Hmm, so how might things be if I decide to do X? How about if I do Y?” It’s ideal not just for thinking about possible outcomes but also for thinking about how different outcomes would feel.

There are also other benefits. You’re doing a tedious, repetitive task and you’re tempted to stop. This is a version of what psychologists call “temporal discounting”—that is, going for instant gratification instead of holding out for the larger delayed reward. In such situations, mind-wandering distracts from the temptation and, as shown experimentally, helps people resist temporal discounting. During more challenging tasks, in which mind-wandering would decrease performance, I’d predict that the dlPFC instead inhibits mind-wandering.

In short, this can-do executive region of the brain seems to have evolved to take into account two pieces of wisdom known to smart human executives: Distraction makes tedium more tolerable, and truly creative solutions to tough problems are often found by following a wandering path.