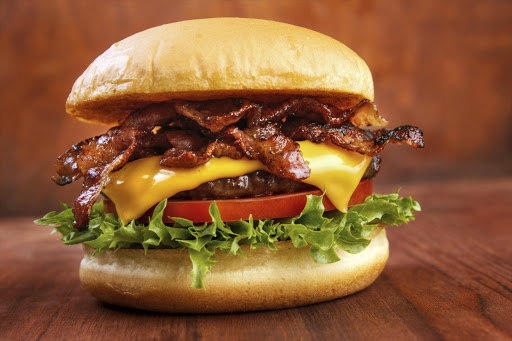 A wave of Silicon Valley-style disruption is hitting the food industry. Lab-grown meat, vegan cheese and "animal free" milk and eggs are headed for consumers, often with backing from the tech sector and its financial allies.

These products could fill an important need while reducing environmental problems such as energy and land use for traditional food industries, according to backers.

This new group of startups is essentially hacking the food sector with new ideas and technologies about food and with strong ties to Silicon Valley.

Some are using plant protein to substitute for animal products while others are producing foods biologically through so-called "cellular agriculture."

At least $138 million in investment poured into the segment of "sustainable protein" startups in 2014, according to the research firm AgFunder. Another research firm, CB Insights, calculates at least $221 million invested in the sector over the past 18 months.

"I think this new industry will be disruptive," said Isha Datar, executive director of the nonprofit group New Harvest, which promotes cellular agriculture, or the use of stem or other cells to produce replications of animal products.

The tech sector is spearheading this effort, Datar says, with most of the traditional food industry stuck in "a deeply ingrained system that makes it less amenable to change."

Brooklyn-based startup Modern Meadow is developing an edible cultured meat prototype along with bioengineered leather products, which do not require animal slaughter. The company has funding from tech venture firms Sequoia Capital and Artis Ventures.

"This is bio-fabrication, where cells themselves can be used to grow biological products like tissues and organs," said Andras Forgacs, chief executive of the firm, at a recent TED conference.

"Perhaps biofabrication is a natural evolution of manufacturing for mankind. It's environmentally responsible, efficient and humane."

The product, backed by Google co-founder Sergey Brin, was derided as a "Frankenburger" but nonetheless sparked interest in lab-produced foods.

San Francisco-based Clara Foods is using a similar in-vitro technique to produce "animal free" egg whites, while in the same city lab-produced milk is on its way from a startup called Muufri.

"These products are just as versatile as the real ones," says Gilonne d'Origny of New Harvest.

"An egg white (produced through cellular agriculture) can be used to make meringue ... If you create a flank steak this way it will have the cells lined up in the same way as a real flank steak, so it will be identical."

Among the prominent investors in this sector is Microsoft founder Bill Gates, who sees the industry as helping fight against a key environmental challenge.

"How can we make enough meat without destroying the planet?" Gates said on his blog.

He added that he is "hopeful about the future of meat substitutes. I have invested in some companies working on this and am impressed with the results so far."

Gates is among the backers of Hampton Creek Foods, a San Francisco startup which makes plant-based egg substitutes for its mayonnaise and cookie dough, and Impossible Foods, which produces vegetable-based meat and cheese substitutes.

While meat substitutes have been around for years, today's startups are aiming to use technology and innovation that have worked in Silicon Valley.

California-based Beyond Meat, which uses soy and pea protein for its products including "Swedish meatballs" and "Southwest chicken strips," says this type of food offers a more sustainable model.

"Our core mission is to seek mass market solutions to replace animal protein with plant protein," said Beyond Meat co-founder Brent Taylor, who claims the product creates the "fiber-like structures and texture or meat."

Taylor told AFP new ideas are needed because "the rate of meat consumption in markets like China is rising at such a rapid clip that we can't keep up."

Chris Dixon at the investment firm Andreessen Horowitz was bullish on Soylent in a blog post earlier this year explaining the firm's $20 million investment.

"We have all sorts of food-related problems in the world -- malnutrition, diabetes, and obesity, to name a few," Dixon said in a blog post.

"Part of the solution to these problems is providing people with better scientific research, and more food choices that are convenient, nutritious, and affordable."

Yet it remains unclear if the general public will accept these manufactured food substitutes.

D'Origny said there are signs the public will take to the new foods.

"Think of what goes into a Chicken McNugget, but people still buy them," she said.

While progress is being made, d'Origny said "the engineering problems are bigger than the scientific ones. It's a question of making foods that are palatable and acceptable."

"The people who are doing these things are evidently not foodies," said Marion Nestle, professor of food studies at New York University.

"They eat to live but do not live to eat, apparently."