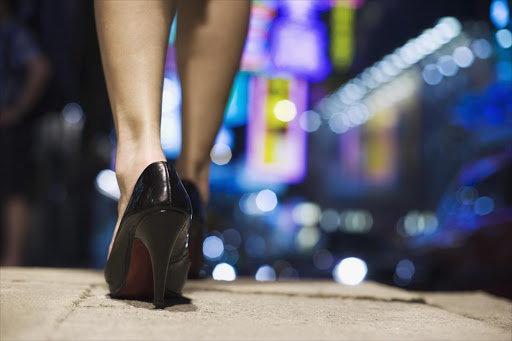 Decriminalising prostitution in Britain could reduce levels of rape and sexual assaults on women, a think tank said on Thursday, which described attempts to control the sex trade as ineffective and a waste of public money.

Britain's sex industry - reportedly worth 4 billion pounds - will continue to flourish as men have a far greater desire for sex than women, and male demand for sexual entertainment is "growing, and ineradicable", according to a report published by the Institute of Economic Affairs.

"Men would like to have sex twice as often as women. This gap in sexual desire between men and women is growing over time and cannot be dismissed as an out-dated patriarchal myth as argued by some feminists," report author and sociologist Catherine Hakim said in a statement.

She dismissed claims that prostitution, pornography and lap-dancing are damaging to society and promote rape and violence against women, and said they may even help to reduce sexual crime rates.

But campaigners against violence against women called the report "alarmingly one-sided" and said arguments about men's greater interest in sex than women were "laughable".

Laws legalising or decriminalising the sex trade have been introduced in the Netherlands, Germany and New Zealand.

Other countries, such as Sweden, Norway, Iceland, Canada and Northern Ireland, have adopted the so-called 'Nordic model' which aims to punish clients without criminalising those driven into prostitution.

"Laws on prostitution are now outdated, misinformed and redundant. Decriminalisation is the only workable way forward," Hakim said. "The proposal to copy Sweden and criminalise customers in the sex trade is a complete waste of public money."

The report was published amid controversy over a proposal by human rights group Amnesty International endorsing the decriminalisation of the sex trade, which has been slammed by women's rights campaigners and celebrities such as Meryl Streep.

Selling sex is legal in Britain, but running a brothel, working as a group of prostitutes, and soliciting are not.

Sarah Green, acting director of the End Violence Against Women Coalition, said the report had omitted facts about early age of entry into prostitution and sexual violence suffered by women in prostitution.

"The claims about men's greater interest in sex... are laughable," Green said in a statement.

"A contemporary teenager could explain to the author how and why men make greater claims about their sexual interests and experiences and women downplay theirs."