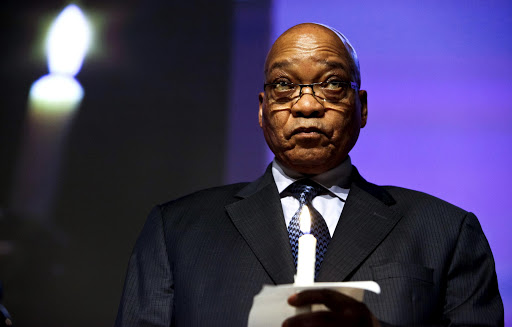 President Jacob Zuma said on Friday the ruling party was losing membership countrywide before local elections next year, citing criticism over a stalling economy and perceptions that it was "soft on corruption".

Many older South Africans still feel grateful to the African National Congress for winning their freedom from white-minority rule during apartheid, ensuring the party unbroken power for the past two decades. But surveys show most people reaching the voting age of 18 are not automatically joining the ANC.

"Membership has dropped due to negative perceptions of the party," Zuma told 4,000 delegates clad in the yellow, green and black party colours at a meeting near Johannesburg.

"We must recognise that our majority has not been growing," Zuma said. The ANC won the 2014 national elections with a 62 percent majority, a hefty majority but a decline from more than 65 percent in the previous election.

Zuma said party membership had shrunk 20 percent from one million in 2012 as the party grappled with rising job losses in the mining sector, power supply shortages and corruption that led to criticism that the ANC was a "self-serving organisation."

"The ANC needs to work harder to reverse the public perception that it is soft on corruption and that it is a corrupt organisation," he told the mass meeting.

The ANC is under greatest pressure in the Johannesburg province of Gauteng, where its 2014 share of the vote slipped almost 10 percentage points to 53 percent, raising the possibility it will lose control of the country's economic hub in next year's elections.

The opposition Democratic Alliance (DA) has been making in-roads with middle-class urban blacks in Johannesburg and Pretoria despite a reputation as the party of white privilege, winning 22 percent of the vote in last year's general election. The hard-left Economic Freedom Fighters, led by ANC rebel Julius Malema, won 6 percent.

The 73-year old Zuma is popular with many poor black voters, but he has come under fire over a $23 million state-funded security upgrade to his home in Nkandla, which included an amphitheatre, cattle enclosure and swimming pool.

The ANC was further embarrassed by accusations South African officials paid a $10 million bribe to football governing body FIFA to win its bid to host the 2010 World Cup.

In all three accusations, South African officials have denied any wrongdoing.

"The ANC is very worried about the local elections. It's got a real struggle ahead of it," said BNP Paribus Securities South Africa political consultant Nic Borain.