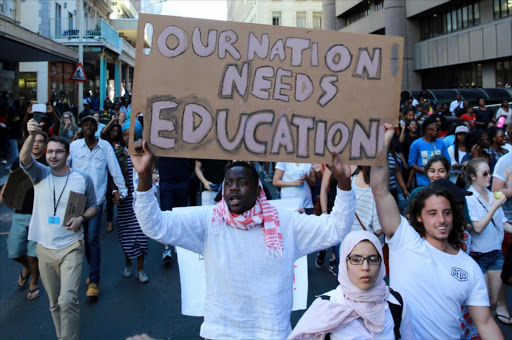 President Jacob Zuma has announced that university fees will be frozen for next year‚ speaking as the #FeesMustFall student protest saw thousands of protesters march on the Union Buildings today while he met education roleplayers inside.

“We agreed that there will be a zero increase of university fees in 2016‚” the president announced after a meeting with management and student leaders in Pretoria.

The president also announced that exam time tables would be adjusted to allow for more time so that students could prepare for their tests.

The reactions were swift on social media platforms:

“Now it's over to #students who drove #FeesMustFall to accept 0 increase. He said for 2016‚ though. What about thereafter? #unionbuilding” - Ingrid Jones ‏@JonesIngrid

“Protest really comes from the heart. It ushers us into the presence of rewriting history. Keep the discipline intact fighters #unionbuilding” - More Nubian Queen ‏@MokoenaDee