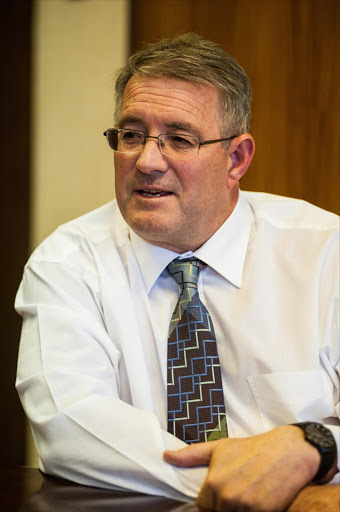 The University of KwaZulu-Natal is desperately trying to do damage control after a damning letter by senior staff accused the vice-chancellor of racism.

On Tuesday the university’s chair of Council Ayanda Ntsaluba met with the seven aggrieved executives and vice-chancellor Dr Albert van Jaarsveld in a bid to find middle ground.

The senior executives are also angry to have been scored extremely low on their performance appraisal by Van Jaarsveld, which jeopardises their performance bonuses in the short-term and the renewal of their contracts in the long-term.

But the central pillar of the letter delivered to Ntsaluba last Wednesday is that Professor John Mubangizi, head of the law and management college, was kept out of the loop on discussions on the future of the university’s business school, despite it falling within his faculty.

The Sunday Times, which has seen the five- page letter, reported that Van Jaarsveld was accused of “racist tendencies” after he excluded Mubangizi from a team to solicit sponsorship in order to avoid scaring off the “whites-only investors”. The team were all white. Van Jaarsveld is believed to want to move the school to the city’s financial hub of Umhlanga.

Those behind the letter are Professor Deo Jaganyi, Professor Renuka Vithal, Professor Cheryl Potgieter and Professor John Mubangizi, all of whom are deputy vice-chancellors.

Ntsaluba admitted with the matter having been leaked to the press it could cause reputational damage, but he said that there was nothing wrong with the letter being sent to council.

“The procedure was correct. The concern is that the individuals who signed the letter did not attend a council meeting on Thursday even though the council had said that their matter would receive special attention this week on Tuesday. It must be possible to raise objections but it is important to maintain the operations and keep the organisation running,” said Ntsaluba.

He said after discussions with all involved, he realised there were areas of concern.

“They need to be speedily resolved and they are not insurmountable,” said Ntsaluba.

He said the racism claim would be treated carefully and if it is found to be “not justified” they would need to find out what “created that impression”.

He dismissed the claim that the potential investors in the business school were all white.

“Many prominent black investors support the school of business.”

He said the next council meeting is on December 7 where they hope to appoint an independent person to probe the matter further.

Meanwhile, the issue of performance scores is just as urgent with the university’s remuneration committee expected to sit on December 9 where bonuses will be discussed.

The seven executives, according to the UKZN 2014 annual report, earned a combined yearly income of R10,743 million, the highest being Vithal on R1,979 million and the lowest being Chalufu on R1,124 million.

Van Jaarsveld’s office was contacted by The Witness. His PA Jabu Msomi said any queries related to this public spat should be directed to Ntsaluba. “The chair of council is handling all queries in this regard,” said Msomi.

All the signatories to the letter were also contacted, but did not respond at the time of going to press.

University of KwaZulu-Natal Staff Union chairman Raymond Parkies said he is not sure what has sparked the infighting in the executive and the union was not privy to any of the discussions.

“What is clear is that is must be sorted out as soon as possible,” said Parkies.