High-flyers mooted as SAA looks for yet another CEO 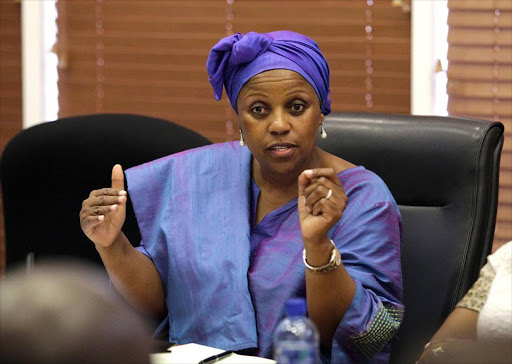 The SAA board has begun the search for its eighth CEO in three years as it seeks to stabilise the embattled airline.

This comes just two weeks after its latest acting CEO, former head of human resources Thuli Mpshe, was removed from the hot seat amid talk of clashes with controversial board chairwoman Dudu Myeni.

Mpshe has been replaced by Musa Zwane, head of SAA's technical division.

The Sunday Times has reliably learnt that the names of former SABC CEO Peter Matlare, South African Express CEO Inati Ntshanga, and former Public Service Commission member Jerry Vilakazi have been forwarded to Finance Minister Nhlanhla Nene, who will make a recommendation to the cabinet for approval early next year.

The three were picked from a shortlist of 15 names from 86 applications for the job, a senior SAA insider said.

SAA did not officially confirm the names, but three independent sources did.

Matlare, 55, was coy when contacted for comment, saying only: "I'm aware of the position but cannot comment any further than that."

He is serving out his notice at Tiger Brands, where he has been CEO since 2008 after leaving Vodacom.

Ntshanga, considered the board favourite because of his experience in aviation, said his focus was on SA Express. "I don't think I should be speaking about anything else but that."

Vilakazi, who could not be reached by the time of going to press, is chairman of Netcare Limited and a former CEO of Business Unity South Africa.

SAA spokesman Tlali Tlali said: "A process leading to the appointment of a substantive CEO is well under way. An announcement will be made once all the necessary provisions have been made."

SAA's boardroom is littered with the scalps of executives who have left after battles with Myeni, some accusing her of flouting corporate governance to influence procurement.

SAA has endured a sustained period of crisis and instability over the past six months, compounded by the resignation of several senior managers including chief financial officer Wolf Meyer, chief strategy officer Barry Parsons and board member Tony Dixon.

In his resignation letter in September, Parsons made allegations of board interference at SAA Technical. Meyer fell out with the board over a R6-billion leasing deal with Airbus.

Myeni unilaterally changed the structure of the yet-to-be-concluded deal, which had ministerial backing as a major component of the airline's long-term turnaround plan. She has submitted a new application for her deal, which will see a yet-unknown local financier buy five A330s and lease them to SAA.

The airline is also awaiting the outcome of a "going concern" application before Nene to allow it to hold its AGM, which is eight months overdue.

This week, an internal report revealed the dire financial situation of SAA, which is technically insolvent and surviving on debt backed by R14-billion in government guarantees.