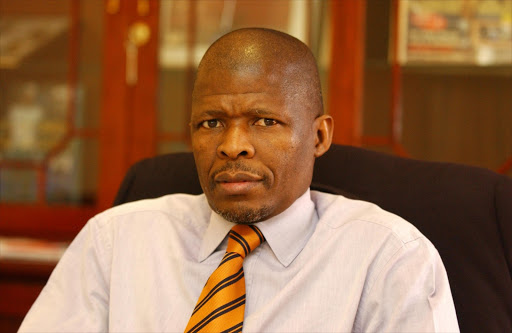 Former athletics boss Banele Sindani, who was gunned down this week, was laid to rest on Saturday morning.

Hundreds of mourners gathered at the Rhema Bible Church in Randburg, to pay their respects to Sindani — the former CEO of the South African Sports Confederation and Olympic Committee, and Athletics SA.

Sindani was killed during an armed robbery at his home in Ruimsig, west of Johannesburg, on Tuesday.

The 60-year-old will also be honoured at next year’s South African Sports Hall of Fame.

Sport and Recreation Minister Fikile Mbalula, who was addressing mourners, said Sindani had brought a lot of positive changes to sports.

‘‘Banele was a superstar, a hero till the end. ASA would not be what it is today if it wasn’t for him. When the Soweto Marathon was something of the past, he fought back and never complained,” said Mbalula.

The father-of-six was shot and killed in front of his 12-year-old daughter after three robbers gained entry to his gated complex.

They overpowered a security guard and tied him up before entering Sindani’s home through a window.

Sindani’s nephew, Phelelani Sindani, said: “Until the police tell us otherwise, the family still believe that my uncle was killed during a house robbery.

‘‘I doubt ... someone wanted to kill him, he didn’t have any enemies,” said Phelelani.

The family were also investigating how the robbers had managed to breach the complex’s security.

‘‘How did they gain entry to his house, Why did the security company not have a panic button. Where were the other guards?” asked Phelelani.