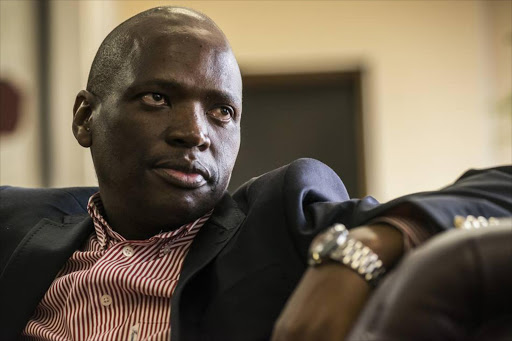 South African Broadcasting Corporation (SABC) Chief Operating Officer Hlaudi Motsoeneng has been cleared of charges against him after an internal disciplinary hearing.

Motsoeneng was facing three charges, which included lying about having a matric certificate.

The more than hour-long judgment was broadcast live on SABC.

Chairman of the hearing Advocate Willem Edeling in reading his judgment said that he was particularly impressed with the testimony of the man who had recruited Motsoeneng, Alwyn Kloppers.

"He was the witness who impressed me the most. He was firm and, sometimes quite agitated, but the way in which he presented himself. He recruited Mr Motsoeneng. He saw talent in him... He thought it his duty to testify in this hearing to tell the public what had transpired at the time."

Edeling went on to say that he had accepted Kloppers's version as the "correct version".

In his testimony, Kloppers had reportedly told the hearing that he had first met Motsoeneng outside a government building in Qwa-Qwa in 1993.

"I was approached by a young man and he asked me whether I was with the SABC. He introduced himself as Hlaudi Motsoeneng."

He said Motsoeneng had apparently told him he was a freelancer and was interested in permanent employment at the SABC.

Kloppers told the hearing that Motsoeneng had made it "very clear" at the time that he did not have a matric.

Edeling said the only person who had really pointed a finger at Motsoeneng was Paul Tati, the HR manager at the SABC in 1996.

"I have already indicated that the evidence from Mr Tati is probably suspicious," said Edeling.

Motsoeneng was trending under the hashtag #hlaudi on Twitter in SA during the outcome.