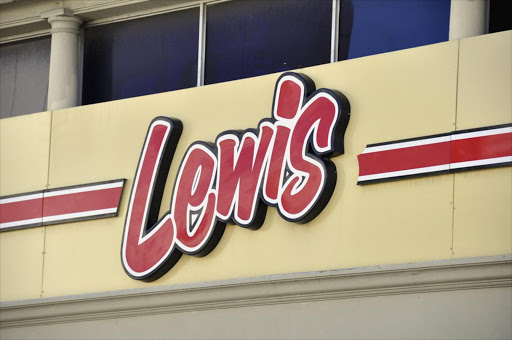 Lewis Stores is again in the spotlight for overcharging after businessman Onne Vegter posted on Facebook that his gardener had been charged R17,955 for a R5,999 washing machine.

The gardener - who Vegter describes as a very humble, timid man in his 60s, with limited literacy - bought the 14kg twin tub washing machine on January 9 at the local Lewis branch in George.

The cost of insurance alone is almost equal to the price of the washing machine.

Vegter said that his gardener, who does not want to be named, said he did not want insurance. He also said that the customer originally did not even get this contract.

"He was told by the store salesman it would cost him R498 per month for 36 months, and told where he must sign, but even after they delivered the washing machine to him, he still did not receive a copy of the contract. He had to phone again to insist on it, and finally received his copy of the contract.

"Only when he showed this to a more educated family member and they pointed out the ridiculous total, did he realise he might have made a big mistake, and came to ask my advice on Tuesday (January 19). He had not read or understood the contract and the various amounts properly. It's pages and pages of small print."

On Vegter's advice, the customer and a family member went back to the store on Tuesday to have the contract cancelled because it was just too expensive for him.

In a letter Vegter said he sent to Lewis Stores customer service department, he wrote: "The fact that this conclusion was not reached in store, before purchase, amounts to reckless lending on your part, and can be reported to the NCR as well as the Ombudsman.

"To your credit, the customer reports that he was asked to present bank statements, and he was told he qualifies for the purchase. It seems to me that his lack of ability to afford such a contract and lack of understanding of the full costs involved, makes it quite likely you would be found guilty of reckless lending. I see it more as deliberate exploitation."

In his Facebook post Vegter said the big injustice was how Lewis got his employee to sign a contract that would cost him R17 955 in total.

Vegter said he was standing up on behalf of his gardener, but was equally concerned about the millions of poor South Africans who did not have the luxury of buying goods for cash, but had to buy on credit.

He not only appealed to Lewis Stores to stop "this exploitation of the poor", but also "humbly appealed" to others in the same boat to rather try and save to buy cash, instead of buying on credit for three times the normal price.

Pointing to South Africa's overwhelming debt situation, Vegter said: "It is not easy to be poor, but getting crippled by debt and held to ransom by those who seek to exploit the poor makes life even harder.

"A few months of saving up and then buying cash is much better than buying on credit and giving others control over your life."

Lewis was in the news last year after consumer watchdog Summit Financial Wellbeing, in a mystery shopping exercise, exposed the company for overcharging customers buying on credit for, among other things, credit life insurance, delivery fee (also called handling fee) and loss of employment insurance.

In October, Lewis Group CEO Johan Enslin told Fin24 that a refund of R67.1m to customers for the cost of loss of employment insurance followed an extensive internal investigation by Lewis. Lewis' own probe followed after the National Credit Regulator brought it to the company’s attention that loss of employment insurance was sold to customers when this should not have been the case.

Enslin said that they are investigating the latest incident.