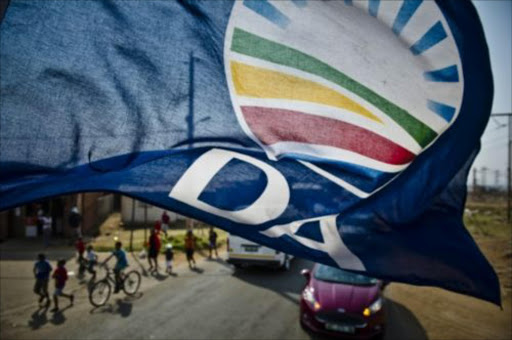 The DA’s KwaZulu-Natal leader, Zwakele Mncwango, has been hauled over the coals for publicly announcing that Penny Sparrow was a member of the party shortly after her racist Facebook post.

She was expelled from the DA after writing the post in which she referred to black beachgoers as monkeys.

“[Steenhuisen and Trollip] said Mncwango’s admission gave the ANC ammunition ... They said Mncwango could have delayed confirming Sparrow’s membership by telling the media he was still verifying the information,” said a leader who attended the meeting.

“[He] argued that the DA was a transparent party and protecting her could have led to the party losing ... credibility.”

Another source quoted Mncwango as having defended his actions by saying it was in the interests of the party to expose such individuals.

“He became emotional. They wanted him to hide that Sparrow was a DA member. The DA membership system is electronic; it took him a few minutes to confirm her membership.”

In what could be interpreted as Mncwango venting out his frustration after the meeting, he wrote on Facebook: “It’s not usual for me to be angry for more than an hour. I really need some introspection. Anger is not healthy [and has a] psychological effect. All I wish is to be home right now.”

Steenhuisen denied the allegations saying they were “completely untrue”.

Trollip refused to discuss the issue.

The Mncwango incident came three days after DA leader Mmusi Maimane delivered a speech on race in which he vowed to stem out racist elements from the party.

The party has been battling accusations of racism — with the ANC using every excuse to throw mud at it.

But race continues to plague the party, with outspoken DA MP Makashule Gana telling the Sunday Times that he has been a victim of racism within the DA at the hands of fellow MPs and leaders.

“Action must be taken against them. [Black] people within the DA have told me a lot of things. They are presumed to be incompetent because they are black.

“I have been called an African nationalist and that I don’t belong in the DA. They are saying these things because I am doing something to challenge the status quo,” said Gana.

Despite his unhappiness about race relations in the DA, he had no plans to leave the party.

“If you leave the DA you are no different from people who left the country because of apartheid, instead of fighting the system.

“I am not happy in the DA. My unhappiness is what keeps me in the DA. The day I think I am happy is the day I’ll resign. If the DA was ... perfect then what role will I play? What attracted me in the DA is the challenge,” said Gana.

“When three or four black people meet, it’s called a black caucus and they are seen [as] pushing for something. No one has written about a white caucus. These are some of the tactics that are being used. If they say these things in public, can you imagine what they say around braai areas?” asked Gana.