Cape soap baron, his wife, his girlfriend and R70m tenders

A city official stands accused of using his position at the country's "best-run metro" to cash in on cleaning product contracts worth R70-million - sharing the spoils with his wife and a business partner who police say is his girlfriend. 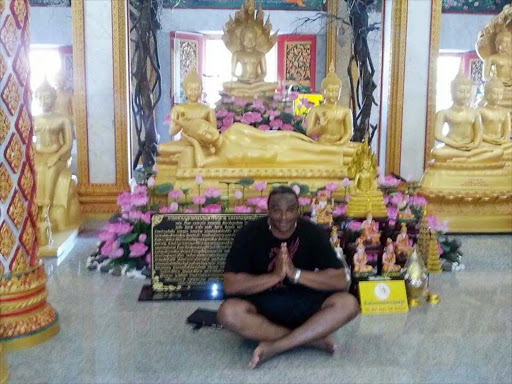 Paul Hattingh is facing charges of corruption and fraud in a tender scandal that goes to the heart of clean governance in the DA-run City of Cape Town.

An extensive investigation by the Hawks, based on evidence amassed by the city, has linked the 42-year-old storekeeper and tender oversight committee member to a web of companies that allegedly milked city coffers over several years.

They supplied the city with everything from feather dusters to cockroach spray, furniture polish, refuse bags, shoe polish and foot deodoriser.

The father of four, who has worked for the city since the early '90s, was arrested and charged two weeks ago with his wife, 37, and his business associate Carina Esmeralda Plato, 41, whom police described in a formal statement as his "girlfriend".

The trio dispute the charges and, when released from custody on bail, said they would plead not guilty. Hattingh's father, Edwin, a retired city stores employee and pastor, paid their combined bail of R150,000.

Hattingh kept a low profile this week. There were no flashy cars parked next to the manicured garden at his peach-coloured home in Bothasig, Cape Town. His teenage daughter emerged, saying she was under strict instructions not to share his phone number.

"I'm going to end this call right now. Goodbye," Simonéy Hattingh told the Sunday Times on Thursday. Plato could not be reached. Hattingh declined to discuss the case when contacted, but denied claims by the police that he was romantically involved with Plato.

Deeds office records show that Hattingh purchased several properties around the city, ranging in price from R385000 to R920000. He also bought a plot in the seaside village of Fisherhaven, near Hermanus. Several of his properties visited by the Sunday Times are rented out to tenants.

A relative was staying at a tiny house in Athlone, on the Cape Flats, listed as the business address of Cosmic Gold Trading 517, a shelf company bought by Hattingh that also supplies cleaning products to the city.

Attorney William Booth, a prominent criminal defence lawyer in the city, said this week he had been approached to defend Hattingh. "I have been instructed but obviously cannot discuss anything at this time."

A 121-page charge sheet compiled by the state alleges that all three accused failed to declare conflicts of interest in official tender documents.

Sometime after the contracts were awarded, Hattingh tried to declare his conflict of interest, but by then the Hawks probe was almost complete.

According to the charge sheet, the city discovered as early as July 2011 that Hattingh was linked to Cosmic Gold Trading 532. A year later the city suspected he was linked to various suppliers and was gathering evidence with a view to handing it over to the authorities for a formal probe. While the investigation continued, Cosmic Gold Trading 532 secured a contract worth R45-million.

Ttreznique Tours, owned by Hattingh's mother-in-law, Zonia Barnard, received contracts from the city worth R5.6-million. Hattingh allegedly failed to declare his links to the company.

City spokeswoman Priya Reddy said the alleged scam was uncovered after a "proactive and extensive city-initiated investigation" that yielded evidence that was given to police.

"It was the city's own controls that led to the exposure of the matter," she said.

Cape Town mayor Patricia de Lille revealed that 484 city employees were dismissed in the three years until November 2014 for corruption, theft and unethical and dishonest conduct. The city's staff complement then was about 27,000.