Service plans with more miles on them than the car 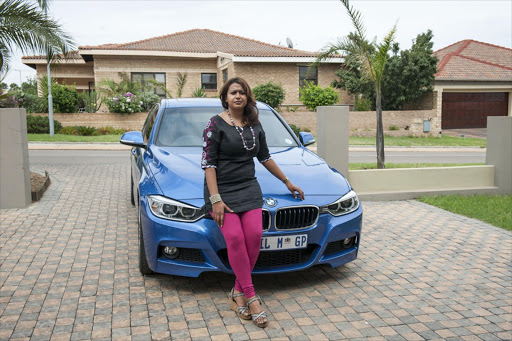 He bought it in October 2012, which meant by his calculations he still had until September 2015 at least to fit in a last service.

Despite producing his sales agreement showing the date of purchase, the service agents insisted the manufacturer's system showed the plan had been activated in June 2012. He was told he would have to pay for his third service.

"The agents questioned the mileage at first but I had only done about 35,000km when it was due for its 45,000km service," said Callaghan. "Among the other vague excuses put forward was that the plan administrators, Avis, had made a mistake in registering the plan early."

I advised Callaghan to take it up directly with McCarthy Nissan Gateway in Umhlanga. He did, and the service was eventually carried out at Nissan's cost.

When I asked dealer principal Trevor Munsamy to explain, he confirmed Callaghan's car had been "reported" as a sale on June 28 2012. He said this was because Nissan had given the dealership "a substantial amount as campaign money" which allowed it to sell the car well below normal price.

"On a quarterly basis Nissan will give us more money to trade with on certain models that it wants to improve market share on," said Munsamy. "For us to secure this money, we would pre-report this vehicle."

He said Callaghan had benefited from the campaign with a discount of nearly R50,000.

"The vehicle's service plan was activated prior to the vehicle actually being sold to him," said Malan. This unfortunately happened from time to time, she said.

Often enough, it seems, to have prompted Nissan SA to send a bulletin to its dealer network in May last year, containing a step-by-step guide on how to handle such "discrepancies".

Malan said the company had added a "welcome call" to new owners in November last year during which the purchase date was verified to ensure the system reflected the correct information.

Johannesburg mother Medisha Mohanlall is another customer in this predicament. When she booked her BMW 320i in for its first service, she found that the plan had been listed as sold three months before she bought the car in September 2013.

"This was not disclosed when we bought the car from Auto Bavaria Midrand," said Mohanlall. "We have been robbed by BMW ... this is unscrupulous behaviour."

She came to me after rejecting the dealership's offer to contribute 50% towards the extension of the motor plan, or alternatively, to contribute proportionally for two months at the end of the term.

The customer relations manager at Auto Bavaria Midrand, Paul Rodrigues, told me Mohanlall's car had been registered with another customer but the sale had fallen through.

"On rare occasions vehicles are registered for customers but the deal gets cancelled," said Rodrigues. "These dates are then communicated during the sales process to the client. In Mrs Mohanlall's case, it could have been an oversight."

He said he believed the original offer had been "acceptable". Despite this, he said the dealership would now cover the motor plan shortfall and add on an extra three months.

BMW South Africa spokesman Edward Makwana said group practice on cancelled deals was that dealers should disclose the motor plan capturing to the next customer and then cover the shortfall either within the pricing structure of the deal or some other way.

While he confirmed that BMW SA had annual sales targets set at dealer level, along with incentives, he said the group did not support "any practice that falsifies sales reporting or is prejudicial to its customers".

Have you been a victim of pre-reporting? Let me know at consumer@sundaytimes.co.za, or on Twitter @Power_Report