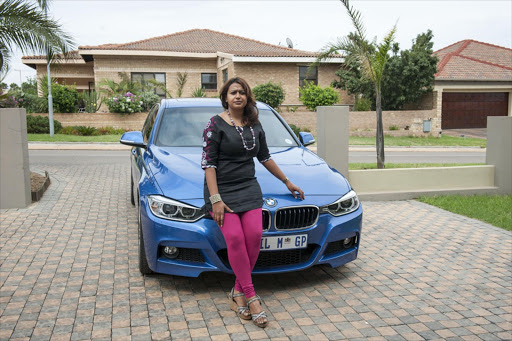 Last week's Power Report revealed how new cars are reported as sold in SA without having left the showroom floor - and why this cheats unsuspecting buyers out of precious motorplan time. Here victims of the widespread pre-reporting phenomenon share their stories.

I bought  what I believed to be a new C180 from Mercedes-Benz Fountains in February 2012.

My problems started last year around August when I received a call asking me if I wanted to extend my motor plan as it had  expired. After I complained to the dealer principal, my maintenance plan was upgraded, but I got an e-mail apology only after I asked for one.

I still feel very bitter about the whole experience and the treatment I got afterwards.  I feel defrauded.

I bought a new Land Rover Discovery from McCarthy N1 City in 2007 and was told that it was out of warranty when I took it for its first service for the reason of it having been “registered” as a sale with eNatis  three months before I bought it. U

nder the warranty, the first (free) service had to be carried out within 12 months of the sale being “registered”, otherwise one would have to pay for this first service.

After some arm wrestling, the service was paid for by the company and subsequent services were covered by the warranty. I sold the Discovery back to Land Rover N1 City earlier this year and bought a second-hand Freelander 2, only to discover that again the warranty had been activated a few months before the original owner purchased the vehicle. T

his matter has been resolved to my satisfaction after I took the matter to Land Rover SA, but a senior executive there, who had worked for other car brands in South Africa, told me the practice of pre-reporting occurs frequently,  although dealerships are loath  to admit it.

I have a vehicle finance company, and the motor plan issue is obviously the one most distressing to customers.

But the knock-on of residual values also is an issue and the skewing of vehicle sales figures becomes a compounded problem as car sales are used as a benchmark for the economy’s performance and other sectors like property. Motor plan costs add  significant value to one’s car and can seriously  affect the value as well as the resaleability.

My wife purchased her new BMW X4 on January 4  and her motor plan had been  loaded on  December 31 last year.

While it is only a matter of days, we specifically fetched the car in January in the hope that the motor plan activation coincided with the date of collection and registration in the new year. Upon our  questioning the decision with the dealer, SMG Durban, they confirmed  a deliberate and explicit intention to record the sale in December 2015, much to my wife’s disadvantage.

The 2015 initiation of the motor plan supersedes the date of registration as a 2016 model when the car is eventually traded in at BMW. They have refused point-blank to alter the date to  January 4 2016.