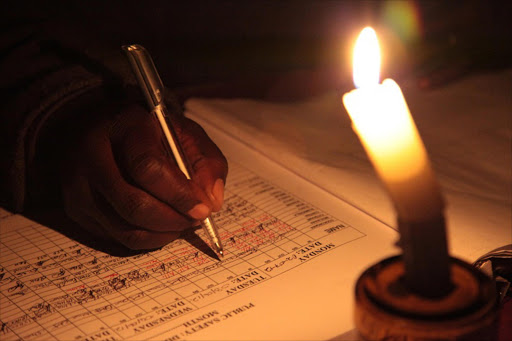 President Jacob Zuma received a heart-felt welcome from Eskom staff on Friday morning‚ and from a choir that ulululated when he entered the power facility's offices in Sunninghill's Megawatt Park‚ Johannesburg.

Zuma said that he has a programme to visit villages and businesses and it is called Siyahlola (Monitoring).

Zuma said he was happy to get a presentation from Eskom.

Eskom chairman Dr Ben Ngubane said: "We have enjoyed the relationship between ourselves and the office of the president. We are honoured to have President Jacob Zuma here."

During the State of the Nation Address in February‚ President Zuma announced that government will provide support to State Owned Companies (SOCs)‚ while also implementing the reforms that would make them more effective in delivering on their mandates.

President Zuma said that government fully appreciates the positive role and contribution that State-Owned Companies can and should play in supporting the attainment of the National Development Plan (NDP) objectives‚ especially in the areas of stepping up investment‚ growing the economy‚ expanding the skills base and creating jobs.

Zuma said jokingly that the presentation was meticulous‚ even to himself who did not go to school.

During the explanation of the evacuation processes‚ the crowd laughed when they were told the president will be the first person to be moved out.

Zuma said everyone in the country needed to work together in order to reach prosperity.

"Eskom is no longer in the news for negative reasons but positive. We thank you Eskom for the hard work. People will no longer complain about their food getting rotten and that and that‚" said Zuma.