Getting rid of Zuma won’t solve economic and unemployment problems

Removing President Jacob Zuma after the damning Constitutional Court judgment on Nkandla will not resolve the country’s problems such as the struggling economy and massive job losses. 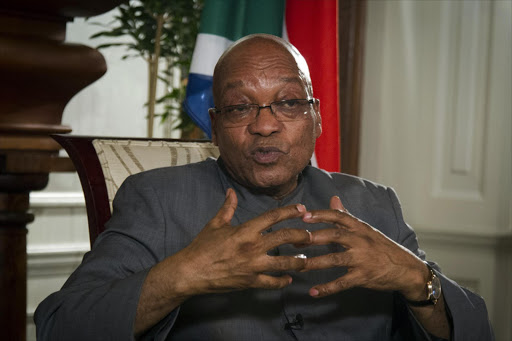 ANC treasurer Zweli Mkhize told hundreds of mourners at the funeral of KwaZulu-Natal parliamentary Chief Whip Senzo Mkhize in Inanda‚ Durban‚ on Saturday that some people thought the country’s economy was struggling because of Zuma.

“When some people ask themselves why they are not getting jobs‚ they think that it’s because the ANC is running the country. Sometimes they think it’s because Zuma is the president and that’s why the economy is growing under 1%‚” he said.

“In the last two or three years when the economy of England and Germany and other European countries was under 1%‚ it was known that the economic situation was bad. But when it is in South Africa‚ the problem is Zuma‚” said Mkhize.

He said it was understandable that many people were unhappy because of job losses and the struggling economy.

“It is important for us [as the ruling party] to explain that we are doing everything for the economy to recover. That’s why is it important for us that when we heard the Constitutional Court judgement‚ we followed the right channels to do all that needs to be done‚” he said.

“We know that there are many things that need to be done which cannot be resolved by removing the president. But we’re not shocked when there are parties that say the president must be removed because they did not vote for him.”

Mkhize also warned that the country’s perilous economic situation cannot be resolved when the ANC is not united and there are people who are fighting over who will take over Zuma’s position.

“The economic situation will not be resolved if South Africa is confused by who will be the next president. The members of the ruling party must know that there is an extra challenge when the economy is not performing but that on its own does not mean that we must start tearing each other apart creating a situation where the country becomes unstable.”

Senzo Mkhize‚ who was described by various speakers as a “humble and dedicated revolutionary”‚ died on Friday last week after a long illness. He is survived by his wife Nelisiwe and five children.