A comparison of South Africa’s two latest censuses provides a glimpse into our social tapestry and shows a country still vastly racially segregated, where different racial groups cling to old apartheid-structured living zones, where some cities are moulded by job-seekers and others are structured by wealth and age. 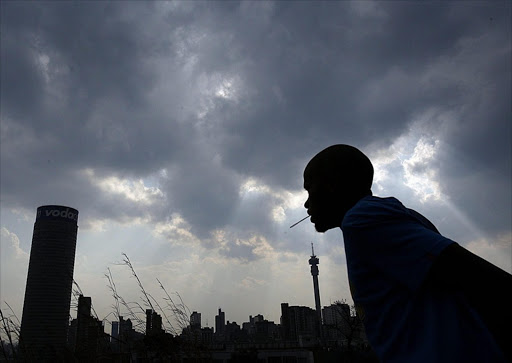 Statistician-general Pali Lehohla explains to Graeme Hosken why and what some of the golden nuggets from the censuses are, and why addressing education disparities is a solution to breaking down residential segregation...

The city, while by far the country’s most racially integrated, has seen an influx of blacks moving in, with whites increasingly choosing to move into secure estates.

• The emerging black middle class is fast breaking the mould of the former white apartheid upmarket suburbs of Morningside, Houghton and Sandton.

• Blacks from across Africa are diluting the racial groupings of all the city’s suburbs.

• Jobs in government departments in the city are driving blacks to move into the CBD.

An isolated and exclusive city of white people, whose suburbs are firmly entrenched by racial divides, where millions of the same race groups deliberately gather together, where a breakthrough in terms of racial integration is slow and remains a long way off.

• Majority of whites, especially from Gauteng, come to the city specifically to retire, settling in old predominantly wealthy white areas.

• Majority of blacks, especially from the Eastern Cape, come to the city to work, settling in old, predominantly poor under-resourced areas reserved for blacks.

• Those settling in Cape Town do so not through random choices, but deliberately choose areas to live, reinforcing racial living patterns.

To highlight the divide between rich and poor in Cape Town, photographer Johnny Miller recently shared aerial footage to emphasise the discrepancies in how people live in the city.

• Business is a driver which has led to Indians predominantly moving into not only once former white areas, but also black-only areas.

• Indians have largely driven the integration of the city.

The seat of government, the migration of blacks into the city has heavily diluted what was once the apartheid government's stronghold.

• Whites are moving east into wealthy and exclusive security estates;

• The sex ratio (women to every 100 men) among whites in the city centre has shifted dramatically, with more single white women sharing accommodation especially flats than there are single white men living in the CBD;

Scroll through the document below to view the maps for Ekurhuleni,  Nelson Mandela Bay and the other cities: