Power Report: Hospital ratings give power back to the patients

We've all heard hospital horror stories. Patients falling from their beds, having the wrong limb amputated, then going home with incorrect medicine - or worse, a hospital-acquired infection. 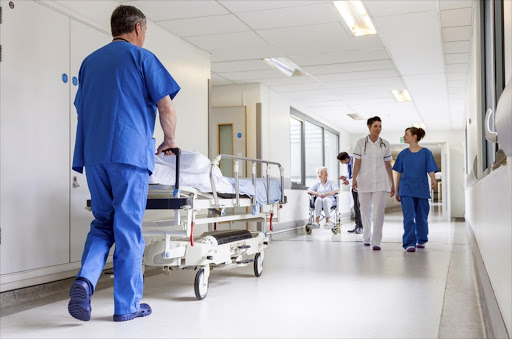 Hospitals which score highly have a lot to gain from the new system. Those with consistently low scores may ultimately be removed from the scheme's network
Image: iSTOCK

They're told around dinner tables and braais and then repeated, often with embellishments, in offices and school parking lots. But, because the tales are often third-hand, anecdotal, and almost always told in isolation, they're not very useful.

But the published scoring of private hospitals, rated by those who land up in them, most certainly is.

Discovery Health has, for the past nine months, put up on its website the ratings of at least 133 private hospitals throughout South Africa, based on patient feedback. And the list is getting up to 6000 views a month.

In an industry not used to being measured by its customers, this is really good news for consumers. Why should healthcare providers be treated any differently to other suppliers?

At the end of the day, consumers are paying for a service and have the right to expect the best of it.

When I presented on the Consumer Protection Act a few years ago to a room full of specialists, some railed at being lumped in the same category, at least in terms of accountability, as other service providers.

I'm pleased to hear that not a single GP linked to Discovery's Smart Plan (a new plan managed through the Discovery app) has so far opted out.

Yet it's early days. The prompt for members to rate their experience through the app is just a few weeks old and the scheme requires 10 reviews of a doctor before the results will be displayed. Ratings will be shown as an average out of five alongside the number of ratings received, for example 4.5 (15).

GPs who score high ratings have a lot to gain. Those with consistently low scores risk being removed from the scheme's network. If successful, the pilot GP ratings will be rolled out to other plans. For now, some 8000 policyholders can participate.

But the scheme's overall 1.2million policyholders (as well as their adult beneficiaries) have access to an even more significant tool, which not only asks them to rate their hospital stay, but now allows them to see online the overall hospital scores given by fellow members.

There's even a listing for the top 20 hospitals across the country.

Discovery's patient-experience survey - based on a survey developed by the US Agency for Healthcare Research and Quality - has 22 questions grouped into eight categories. These include an overall rating of your hospital stay, doctor and nurse communication, pain management, staff responsiveness, hospital environment, and medicine and discharge information.

Only hospitals that receive 50 or more survey results a year are listed. The 2015 data, with 20 new hospitals to be added to the list, will be ready in the next month or so. From next year, the stats will be updated quarterly.

So why did Discovery wait so long before starting to publish the findings?

"We decided to work for a period of time with the hospitals directly to build trust and confidence in the methodology and rigour of the data and results. This has paid off in that the hospitals are now supportive of these results being published," said Broomberg.

That's not necessarily the case, it seems.

"This is not a measure of outcomes including mortality rates, hospital-acquired infections, medication errors, among other measures," he said.

"The infinitely better option is for agreed norms and standards across the healthcare sector that are monitored by an independent authority."

Rating hospitals and doctors in potentially different ways was "not necessarily helpful and one whose good intentions could cause harm".

Momentum Health's Karin Claassen agrees: "Our view is that members by and large respond to their whole hospital/provider experience, which includes non-clinical experiences such as bedside manner and nursing and other related factors. Health outcome and quality are very hard for a member to gauge and, if they get it wrong, we may damage relationships with the service providers."

Seems other schemes are on the same page; I couldn't find others offering or publishing such ratings.

Globally, Discovery is not alone.

"Experience surveys capture information such as whether patients felt they were treated with dignity and respect; whether their pain was relieved; and whether they received assistance when they required it," said Broomberg. "We believe these are critically important issues that matter to patients and their families, which should not be trivialised."

He said there was vast public evidence showing that hospitals that did best on patient-experience scores also did best when hard clinical outcomes were measured.

The good news is that, before the end of the year, the scheme plans to add data on real clinical outcomes - such as death rates, readmissions and hospital-acquired infections - to its ratings.

The long-term vision is that the scheme will pay only for the highest-quality care, paying less for poor quality and referring patients to other hospitals. Ultimately, where quality is very poor, the hospital could be removed from the network list.

"In the long term, the development of a uniform set of quality metrics published independently would be a positive development ... [but] in the absence of an independent initiative, we regard it as our responsibility to continue to publish these measures in a meaningful way, and to encourage all other industry players to do so as well," said Broomberg.

Please note: Other than in exceptional circumstances, readers sending me complaints must be willing to be identified and photographed.