Drought. A shrinking rand. Higher fuel costs. If ever consumers needed to be alert to spiralling food prices, it's now. 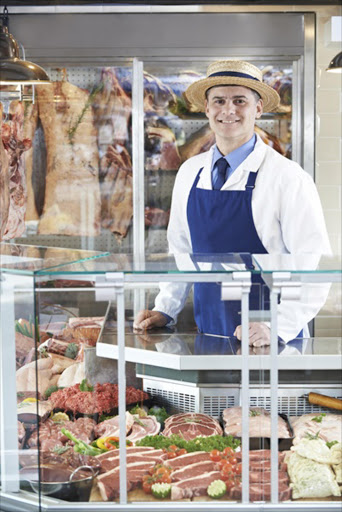 Know the difference between beef mince and ground beef? Cut through the jargon to ensure you make an informed choice.
Image: THINKSTOCK

But it's not just the price we should be looking at. Product labels and ingredient lists are equally, if not more, important in determining value.

What we think we're buying is not always what it seems, and a careless approach to our grocery shop can affect our pocket, and potentially our health.

Take beef mince. Many consumers assume mince is mince; the only variance being around fat content, as in regular, lean and extra lean.

But retailers have a knack of muddying the waters.

One is pure beef, the other has ingredients such as water, soya (a known allergen), colourants and spices thrown in. The result is less beef for your buck.

There are no standards or regulations for minced beef in South Africa, so retailers generally label pure, 100% mince as "beef mince", while the blended version is called "ground beef".

It's not a distinction pensioner Vernon Seward was aware of when he took advantage of a "Big Savings" offer at Food Lover's Market in Hillfox, Roodepoort. But even if he had, the in-store sign using both descriptions in one, as in "Ground Beef Mince", would have baffled him.

On using the mince at home to make burger patties, he found it very sticky, "similar to a mix for scotch eggs". He said: "I had to scrape the excess off my hands ... which had never happened in more than 40 years!"

He returned it to Food Lover's and was told it was not mince but ground beef.

Despite the large word "mince" emblazoned across the packaging and the same word used on the in-store sign, Seward was told to read the small-print item on the label, which stated vegetable protein as the third ingredient after beef and water.

"I was unaware I should read the ingredients list when packs are labelled as mince. Surely describing it as 'ground beef with vegetable protein' would have been more honest?"

Once consumers accept this legal adulteration of meat, where will it end? These are similar ingredients used in pet food

"However, in terms of labelling, beef mince is and should be labelled as a pure meat product, to which a percentage of fat can be added," he said.

"Ground beef, on the other hand, is a beef mince product to which spices and vegetable protein, such as soya, has been added."

Food Lover's had advertised the item correctly as "Ground Beef Mince" but the bold lettering on packaging " could be misleading", he said.

"We have instructed our butchery department to change the exterior plastic wrap to avoid any further confusion."

But if, by Food Lover's own standards, it's either mince or ground beef (not both), surely the in-store sign is equally problematic? Frazer acknowledged that it, too, could "potentially be misleading", but that it was not intentional.

"It was an isolated incident in one of our butcheries, [but] we have instructed our butchery managers not to make use of the word 'mince' at all when advertising ground beef."

Checkers, meanwhile, uses the term "value ground beef" for its mixed mince offering. The product is 70% beef and 24% water, with soya protein, colourant and spices thrown in.

A savvy label-reading shopper at its store in Kloof Street, Cape Town, was unimpressed.

"Regular beef mince is just R3 a kilogram more expensive, but is actually better value in terms of protein content. So, where is the value in the 'value ground beef?'" he asked. The customer, who does business with the chain, asked not to be named.

"Although the label is generally compliant with labelling regulations, I would question whether this is perhaps a misleading trade description."

Shoprite group spokeswoman Sarita van Wyk said ground beef was "extended" mince and was prominently labelled as such, together with a list of additives. "It is minced in the same way as pure beef mince and has a different product name to distinguish it from mince without any added ingredients," said Van Wyk.

"The labelling allows consumers to identify the product and make an informed choice between that and regular beef mince based on how much they can or want to spend. Ground beef is extended with soya, a cheaper protein source and alternative for consumers looking to pay less," she said.

And the price difference of just R3?

"Each product has a different price structure based on supply and demand, and the cost of any added ingredients and production labour, and cannot necessarily be compared, except that the vegetable protein content of ground beef will make the product cheaper than beef mince."

Pick n Pay said its extended meat mix products are labelled "ground beef meat mix" and do not include the word mince.

Sonia Mountford, who works with producers and consumers to encourage traceability and transparency in the short food supply chain, said consumers traditionally expected mince to have nothing added to it.

"Labelling it 'value ground beef' and 'extended' is misleading since water is added to bulk up the size and weight of the portion," she said. "Once consumers accept this legal adulteration of meat, where will it end? These are similar ingredients used in pet food."

Food consultant Lora Fourie said consumers wanting to know what they're buying needed to read the ingredients list. "They can't just look at the product's name and price and make assumptions."

Indeed. Without regulation for beef mince, suppliers and retailers can pretty much add any ingredient they choose. The fine print is key, especially when descriptions get this blurry.

Please note: Other than in exceptional circumstances, readers sending me complaints must be willing to be identified and photographed.