The ANC is facing its sternest test. From the inside 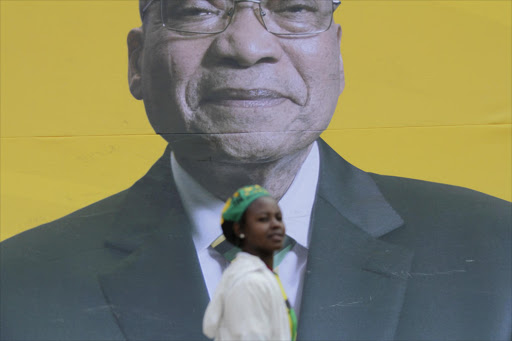 South Africa is in the aftermath of the 2016 local government elections. Math has been the order of the day as parties have fought for local councils in “anyone but the ANC” coalitions, claiming an electoral “mandate to govern” by a single coalitionist seat in many cases.

The governing ANC lost most major cities. It lost many small towns and rural municipalities to fragile, ideologically incoherent coalitions of the power-hungry, the forgotten, the almost forgotten, the preferably forgotten, the far right, the rearguard and the downright loony. The old world as South Africa knew it, of ANC majorities and policy certainty, seems to be at an end – and all does not seem fine, within the ANC at least.

The identity and ideology of the ANC are up for grabs as power blocs battle for control. And the fight is going to be both ugly and entertaining.

The ANC is a massive and highly nuanced organisation so what follows is unavoidably reductionist. Nonetheless, it would appear that the party is deeply divided between those who see a rural, conservative future and the urban modernisers.

The rural-based future is based on tradition and loyalty, where the true African lives on the land where his (yes, his) ancestors lived, is in touch with his roots, and symbolises the “clean”, pure “son of the soil”. This stands in contrast with the “clever black” as President Jacob Zuma infamously called them, seduced by modern life and its sins, by whites and their fickle ways, and “dirtied” by a rootless urban life.

The conservative group – an extremely powerful force in the Zuma-led ANC – is deeply suspicious of a modern, sophisticated world where urbanisation is an unstoppable demographic force. The modernisers want the ANC to remain true to its principles but simultaneously to embrace an urban, complex, globally competitive Afropolitan future, where old certainties have gone, forever.

Will the centre hold?

A collision is imminent, reflected in the recent call from the ANC Youth League for an early elective conference to hold to account

The ANC may feel partially vindicated by the fact that it lost many of its majorities – but no-one else won them. South African voters have ringside seats to see if a series of locale-specific coalitions involving a free-market Democratic Alliance (DA), an avowedly Marxist-Leninist-Fanonist Economic Freedom Fighters (EFF), Zulu traditionalist Inkatha Freedom Party (IFP), tiny United Democratic Movement (UDM) and ideologically unknown African Independent Congress (AIC) - with others too small to recall - can hold themselves together long enough to occupy the centre.

A sympathetic author would note that the ANC made major compromises to allow South Africa to overcome the barbarity of apartheid and a global sea-change. In this view, the ANC consciously took a series of body blows – ongoing white racism and free market capitalism conspicuous among them – in return for stability and avoiding a racialised civil war. This narrative at least recalls the context in which transition from apartheid occurred.

Another, given a major fillip by the EFF, is more caustic and almost entirely a-historical. In this version, the ANC deliberately made a “Faustian pact” with “white monopoly capital” and ANC leaders were soon hell bent on a craven pursuit of personal wealth regardless of consequence, and sold the poor for 30 pieces of silver (or a 4x4 or a home built at taxpayers' expense). The racialised civil war had merely been postponed, not avoided, in this narrative.

End of the rainbow

As such, it is unsurprising that a key issue of contestation is race. The 1994 ANC leadership talked of non-racialism, Archbishop Desmond Tutu spoke of the “Rainbow Nation”, and for a while all seemed possible. But as the economy got tougher, whiteliness continued its arrogant posturing and institutional dominance, no sufficiently broad-based economic or social transformation took place. Getting a toilet that flushes is scarcely to feel “transformed”, let alone equal.

Race, undergirded by inequality, has come back to haunt the country. The EFF and its followers speak with scorn of selling out to white supremacy, and Africanist essentialism is the order of the day for many.

Within the ANC its Youth League can usually be relied on to bring into play the worst elements of the party as this recent statement displays:

Playing with race is not restricted to the Youth League. When former President Thabo Mbeki spoke of “two nations”, it was predictably met with howls of hostility from the white chattering classes, but secure with a 70% majority in 2004, few felt he was vote-chasing. However, when Zuma was reported to have said of the city of Cape Town

block_quotes_start In China, the Chinese rule, in India, the Indians are in power; it is only here in South Africa that we allow other people to govern. block_quotes_end

the country saw the awful spectacle of the ANC playing race.

Successive generations of ANC leaders during its 104-year-long existence who fell into apathy (or worse) and were successively radicalised or removed. These include the challenge of the Industrial and Commercial Workers Union in the 1930s to the United Democratic Front and the formation of the trade union federation Cosatu in the 1980s. In each case, the ANC was shaken from torpor to often progressive responsiveness, often shedding leaders on the way.

However, the post-2016 election ANC seems hellbent on becoming a conservative, rural movement. It fears complexity, fluid social identities, uppity student movements and the like. It is retreating into a revanchist rump of self-congratulatory leaders.

It is a dangerous path: the ANC shed hundreds of thousands of rural votes between 2014 and 2016 elections. The party will search for a pure rural base at its own peril, as the population at large is becoming better educated, more Afropolitan and cosmopolitan, demanding high quality services and choice in everything from politics to personal trainers.

The ANC has always managed, with pushing and shoving, to modernise and adapt. But this was driven by progressive activists, not sleaze-tainted politicians.

The ANC Youth League was once the catalyst of progressive reform in the ANC. In the youth league of founder Anton Lembede, this radicalising perspective turned on two key issues. The first was the need to remove the ANC from the thrall of “white bearers of foreign ideologies” - white communists. The same seems set to happen in 2016 – a threatened cabinet reshuffle to remove Communists has been widely shared, not least by the South African Communist Party. Many communists such as Blade Nzimande, Gwede Mantasheand others are black, but no mind: power is at stake.

The second key item on the reformist agenda of the old youth league was the need to radicalise – to move the ANC under the leader AB Xuma from a party that sought to recruit “distinguished university graduates” and turn to extra-parliamentary opposition. The current ANC Youth League prefers “congratulating” the conservative bastions of the current ANC – the provinces of KwaZulu-Natal, the Free State and Mpumalanga. But while the ANC in KwaZulu-Natal may have held a majority in local elections (2011-2016) at 58%, it dropped 10% in the Free State and 8% in Mpumalanga.

The ANC Youth League has demanded a conference to clear the decks. Its position is clear: those who oppose Zuma and his traditionalist dreams are “opportunistic and lack thinking capacity” while the man himself is blameless.

If Zuma is innocent, communist and moderniser Mantashe, the ANC Secretary-General, is guilty. He is closely followed by the “selfish” ANC rebels in South Africa’s wealthiest province of Gauteng, who must also be expelled if the ANC Youth League have their way.

The ANC is facing its sternest test, and it is now almost entirely internal. Votes in 2016 suggest that if the traditionalist rural rump of the ANC wins out, the party is on an irredeemably downward spiral. Whether the ANC is capable of cleansing itself, re-energising its base, refurbishing its moral and ethical standards and adopting policies that suit a modern state, remains to be seen.

David Everatt: Head of Wits School of Governance, University of the Witwatersrand

-This article first appeared in The Conversation