As Winnie Madikizela-Mandela prepares to enter the ranks of octogenarians this month, the ex-wife of Nelson Mandela puts her longevity and eternal beauty down to "one of God's mysteries". 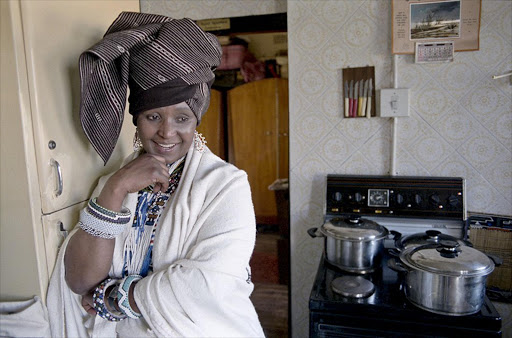 Sometimes controversial, often feisty and always the epitome of elegance, Madikizela-Mandela, or "Mama Winnie" as she is affectionately known, turns 80 on September 26.

And to mark the milestone, her family, led by her grandson Zondwa - the director of Mandela Legacy - is throwing her a private dinner before hosting a tribute concert open to the public at Cape Town's Artscape Theatre Centre on September 15.

The power couple of singer Letta Mbulu and composer Caiphus Semenya will perform at the musical extravaganza in Madikizela-Mandela's honour.

In an interview with the Sunday Times this week, Madikizela-Mandela spoke about Madiba's antics, her youthful looks and the state of the country.

Her ageless beauty was "definitely not through my making, this is out of my hands", she said. "How would I judge myself? I could not know the secret that lies in my own beauty.

There is no intentional effort on my part to look younger than my peers. It has to do with my genes," she quipped.

"When my father passed on he still had pitch-black hair and this was at 75. Not one single grey hair. He had 11 children and still at the age he died [was] as straight as a telephone pole."

She missed Madiba's humour and even his "horrible singing voice", she said.

"When he was at home, he was a real father. Great humour, he would imitate all his colleagues from when he was in prison and would comment on the shape of their bodies, saying it was funny what Western clothes could cover up.

"He would love singing his favourite struggle song, Unzima Lomthwalo, and had a horrible voice. He sang that song only to irritate me because it said: 'Unzima lomthwalo, ufuna amadoda [this matter needs men]', knowing I had strong feminist beliefs."

Madikizela-Mandela, who reportedly gave EFF leader Julius Malema her blessing last year to fight for a better South Africa, admitted this week that she had "concerns" about the country's state of affairs.

"I have my concerns, although I remain as confident. As people we have faced many issues and we have overcome them. In 2019, when we go to the polls, there will be great success."

Politics aside, Madikizela-Mandela is looking forward to her birthday fanfare.

She is in the dark about what she will wear. "I am being whispered to and told my grandchildren are making outfits for me. Most of my clothes are gifts from various African nations."

Although always smartly attired, Madikizela-Mandela said she had no "particular fashion style - I simply appreciate what is made".

Zondwa, who is Zindzi Mandela's son, said Mandela Legacy wanted to acknowledge the history that Madikizela-Mandela shared with Cape Town. "It's a place that symbolises a lot of pain and tragedy in her personal life."

He said Cape Town, and Artscape in particular, had been selected for the party to shift perceptions around the institution.

"We need to make a huge noise in order to get the attention of the Cape Town audience, who psychologically still cannot relate to certain spaces that are perceived as prestigious and unwelcoming of black people," he said.

Zondwa said his grandmother's family was her pride and joy. "The privilege to have lived to play an active part in the lives of her great-grandchildren, the opportunity to contribute to politics and shaping the future of this country, have been incredible for her."