'It was a definite statement ... that gambling can kill' 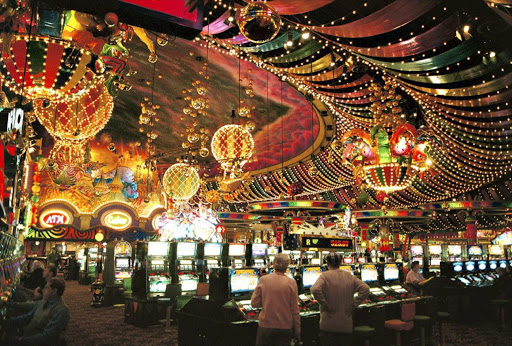 Compulsive gamblers can use debit cards day and night to circumvent ATM withdrawal limits and get deep into debt to feed their habit.
Image: TMG

When Peter Williams burnt himself to death at Montecasino on July 24, he wasn't just giving up. He wanted to dramatise his surrender - to burn his despair into public consciousness.

By torching his body in the glow of the slot machines, Williams also set fire to the idea, propagated by the casinos, that gambling is an escape from pain.

Williams's cousin, Richard Byrne, is sure his suicide was an attack on that myth.

"I believe it was a definite statement ... that gambling can kill. We of course believe that he was more important as a person to us than such a statement," he said.

Byrne believes Williams lost R180,000 the night before his death, on top of untold recent losses.

"It appears he went home, slept, got up and decided to commit suicide. I found evidence in his car and in his flat that he had planned it; purchase slips and stuff. He left his keys in the car and his cellphone at home. There was no suicide note anybody could find .

"According to witnesses, relying on what the police told us, he poured petrol over himself, then lit himself and ran through security, who weren't going to stop a burning person, ran downstairs, then upstairs, then towards the gambling hall, and collapsed just before he reached the machines. And that's where he died."

Tsogo Sun, which owns Montecasino, expressed sadness and offered condolences to Williams's family this week. But the company also denied a link between his death and his losses. "We have not been advised this gentleman's tragic suicide was in any way related to gaming," it said.

Byrne rejects this with contempt. "That's a very self-serving and ridiculous statement. It's got everything to do with gambling. The amount of money he spent on his overdraft would take an ordinary person years to pay back."

Williams was 47 and an IT professional, employed by a Randburg firm for more than 10 years. He relapsed into gambling recently, after many years of recovery from an earlier addiction. He was single, but cherished family life, living with his parents at weekends and other relatives near his workplace during the week.

"Everyone liked him," said Byrne. "He was a clever guy."

According to the South African Responsible Gambling Foundation, the industry-funded body for addiction treatment and prevention, about 22% of problem gamblers have attempted suicide and 52% are thinking of suicide by the time they seek help.

Asked if Williams's death would prompt greater efforts to identify and help customers at risk, Tsogo Sun said it gave information on problem gambling in casino signage as required by regulations.

It also gave gamblers the option of voluntarily banning themselves from all casinos.

But many addicts simply cannot muster the will to opt out.

Professor Peter Collins, executive director of the foundation from its launch in 2000 until 2012, said: "Casinos profess to want to stop problem gambling, but incentivise staff to encourage it."

The foundation trained casino staff to intervene and urge addicts to get treatment, but there was little evidence they were doing so.

"They receive training in identifying people with a problem. Often, [addicts] start quarrels, smash machines, accuse management of cheating, or bother other gamblers for loans. They also look more and more distressed.

"If somebody is prepared to set himself on fire, I'd be surprised if there was no indication beforehand that he was in trouble."

Collins said provincial gambling legislation outlawed the use of credit cards for gambling, allowing only debit cards. But the distinction was blurred with credit accessible via what are technically debit cards. "It means effectively that gamblers can draw up to their overdraft limit."