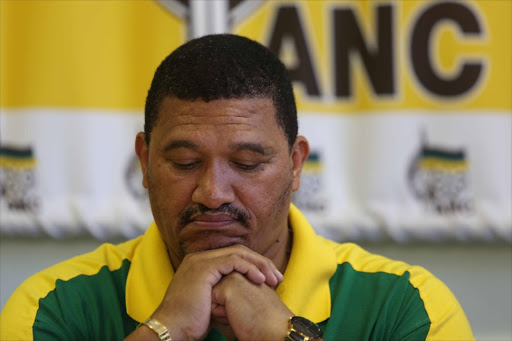 Embattled ANC Western Cape chairman Marius Fransman has blamed Gwede Mantashe for his woes related to the sexual harassment charges he is facing.

Fransman told the Sunday Times the ANC secretary-general protected Fransman's rivals - including Western Cape provincial secretary Faiez Jacobs and regional leader Jonton Snyman - in exchange for their supporting his ambition to be the party's deputy president.

Jacobs and Snyman faced the party's disciplinary committee for different reasons but are still in their jobs.

Fransman is facing charges of allegedly sexually harassing former employee Louisa Wynand when the two of them travelled to the ANC's birthday bash in North West in January.

He was asked to step aside by the party's top leaders, including President Jacob Zuma, earlier this year.

Fransman snubbed a hearing on Thursday and Friday, saying he did not want to be part of "Luthuli House's war of the jungle".

Instead he accused Mantashe of factionalism by denying him access to a report and documents of the party's integrity commission, which dealt with the matter.

"This clearly had to do with factionalism. What I wanted to do was to get all that information and to present systematically how a disciplinary process is being used for factional reasons," he said.

He also claimed that there had been two reports by the integrity commission and that Mantashe lied when he said a City Press article on the matter was based on a fraudulent report.

Fransman said that had he received the documents he asked for, he would have called eight witnesses, including Mantashe and Tourism Minister Derek Hanekom, to grill them about the alleged factionalism.

Fransman previously blamed Hanekom, the party's national executive committee deployee to the Western Cape, for being one of the people plotting to remove him from his position.

Mantashe dismissed the allegation. "Marius took a girl from Cape Town, slept over in Kimberley and then went with her to Rustenburg and then she went to open a case against him. Where do I fit in there, huh? What does that have to do with me?" said Mantashe.

He said Fransman should have raised all his issues with the disciplinary committee.

"Instead he is speaking about it in every platform he gets ... he should have gone there and laid charges against all of us."

Jacobs said it was ludicrous and disingenuous to suggest he was responsible for someone else's actions. "If we are disciplined members of the ANC, we must take responsibility for our actions. No amount of blaming others for what we have done is going to help."