Conrad Strydom has literally gone from zero to hero. Twelve years ago he repeated Grade 1; this week he was named South Africa's top matriculant. 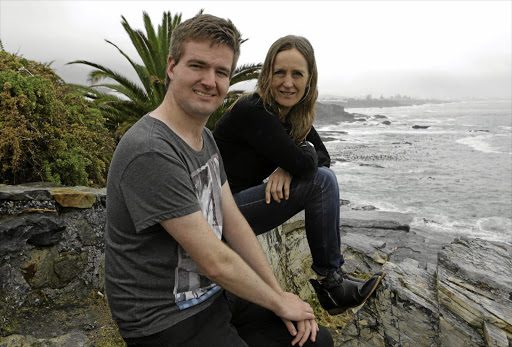 Conrad Strydom, the top matriculant in the country, and his mother, Ilse, in Hermanus.
Image: RUVAN BOSHOFF

Conrad, 19, from Hermanus in the Western Cape, had difficulty with his focus and fine motor skills at his private primary school. Therapy in his early grades helped him overcome his challenges .

"We are an Afrikaans family, so when he started Grade 1, he battled with English at the private school," said proud mom Ilse this week.

"In high school he took extra lessons in English, maths and science. All his teachers at Hermanus High were very supportive."

"Every time Conrad opened his books he was so absorbed by everything he was learning that he wasn't aware of what was happening around him," said Ilse.

The stay-at-home mom often had to remind her son to eat.

"Late at night, I would go to his room, lean over him and whisper: 'Shouldn't you be sleeping now?'"

Ilse couldn't contain her excitement and tears of joy on Wednesday when her only child received a standing ovation as he was announced as the overall top matriculants in the country.

Conrad, whose father, Johan, works for a Danish shipping firm, plans to study physics at Stellenbosch University. He will begin his first year later this month.

"Hard work can push you to do more and go beyond your limit. I am really honoured and proud to have represented my school so well," he said.

He had had to put aside his hobbies - likegardening and reading books on space.

Ilse said her son had not missed a day throughout his school career and even when he had flu he refused to stay home because he feared being marked absent.

Hermanus High School principal Greg Hassenkamp said Conrad was an exceptional talent. "He was the top science Olympiad student in the country this year [2016]. He's been an outstanding prefect, always prepared to stand up for what's right and not scared to come into my office and ask tough questions."