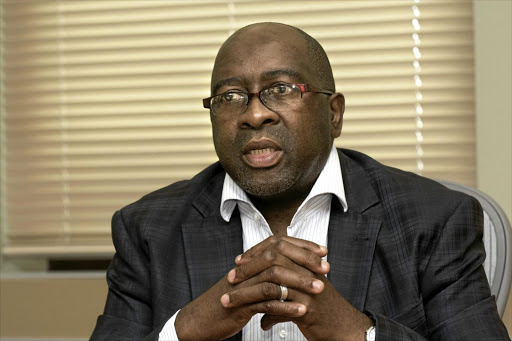 Former finance minister Nhlanhla Nene has denied a new claim under oath by Gupta associate Eric Wood about his role in the state capture saga.

Wood, CEO of Trillian Capital Partners, said in an affidavit filed in a legal battle with his former partners at Regiments Capital that he met Nene in May 2014 to discuss "initiatives" in which he thought the National Treasury would be interested.

The document containing his suggestions, which was drafted by Wood two months before Nene was summarily fired in December 2015, somehow ended up with Des van Rooyen after he was appointed to replace Nene by President Jacob Zuma. The timing of the drafting of the document raised suspicious that Wood had prior knowledge of Nene's removal.

Now Wood, in his latest filing in the court action, says he originally drafted his initiatives to present to Nene at his home in Waterkloof, Pretoria.

"The initiatives were high-level ideas or broad policy initiatives that I thought, if implemented, might influence positively the South African economy," he said.

Wood argued that there was nothing sinister about his meeting with Nene, who he said many CEOs had sought to meet so they could share their views on national finance policy.

He said that after his meeting with Nene, the minister facilitated a further meeting with a team from the National Treasury.

This meeting's agenda was "to further discuss one of the ideas on my list, namely the possible restructure of existing National Treasury debt", said Wood.

But Nene this week denied he had discussed any initiatives with Wood, saying their meeting three years ago was sparked by the Treasury having ended a business relationship with Regiments.

"There were no initiatives ... He had come to complain that he had been kicked out of the Treasury," Nene said.

"I delegated him to the relevant officials ... I did not even know him at the time," he said.

Yolisa Tyantsi, spokeswoman for the Treasury, said the meeting between Wood and officials was not held to discuss any initiatives or cancelled contracts. "The purpose was for Regiments to introduce themselves to the National Treasury team," she said.

In his court papers Wood said he had updated his initiative and sent it to another Gupta associate, Salim Essa, in October 2015.

This week Trillian Capital Partners said Wood stuck by the contents of his affidavit, and rejected any suggestion that he might have lied under oath.