Widow fights for R1.6-million house her husband left to SPCA 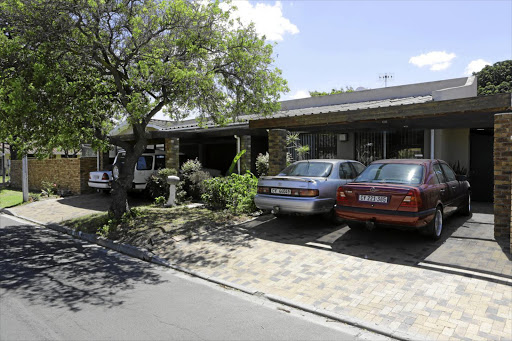 The house in Goodwood and some of the 13 cars that form part of the estate Pierre Koekemoer left to the SPCA.
Image: RUVAN BOSHOFF

When she made the SPCA a beneficiary of her will 13 years ago, animal lover Anna Koch did not expect she would one day have to fight to save her money from going to the dogs.

The Cape Town pensioner now wants to rewrite the law as she tries to hang on to her R1.6-million home.

She is embroiled in a legal battle with the executor of her late ex-husband Pierre Koekemoer's estate. It includes the Goodwood house, 13 cars, seven motorbikes and his pension and unit trust savings - all of which are to go to the SPCA.

The case in the High Court in Cape Town hinged on the interpretation of section 2B of the Wills Act, which "regulates the effect of a divorce or the annulment of a marriage on a will".

The law provides a three-month grace period for divorcees to draft new wills, and Judge Yasmin Meer said Koch's case was the first to test it.

Koch and Koekemoer wrote a joint will in 2004, nominating the surviving spouse as the "sole and absolute heir".

Koekemoer's father, Johannes, would inherit if they predeceased him. The SPCA would inherit the estate if Johannes died before them - which he did.

After a 29-year marriage, the couple divorced in October 2014 and Koekemoer died of a heart attack three months later without amending the will. As a result, Koch was excluded from the estate.

"The law says that if somebody dies within three months after divorce then the living person does not benefit," Koch said. "We are fighting that now."

Koch instituted legal action against the Master of the High Court and the executor in a bid to compel the Master to allow her to inherit under the contentious section of the act because no other person was nominated as heir.

She lost the case in October and the court ordered her to pay legal costs, but this week she vowed to take the fight to the Constitutional Court if necessary. She dismissed the act as outdated.

Koch said she walked away from her marriage with just R190,000 and signed the divorce settlement under duress, but the executor would not take that into account.

"I signed the settlement because I just wanted to get out of here because of abuse," said Koch, who has remarried. "We had a verbal agreement that I would come and fetch my furniture and clothes. Everything is still here."

Koch said she was sentimentally attached to the home.

"I have lived here for many years," she said. "We never planned to have children. We were animal lovers and we didn't want the things we had worked for to go to other people. We thought we would give it to the animals."

Koekemoer was a hoarder of old cars and motorbikes.

His fleet of cars includes a Chevrolet Lumina, an Opel Astra, a Mercedes-Benz, a Toyota Camry and a Mini Cooper. Among his motorbikes were superbikes and scooters.

"That was his lifestyle," said her new husband, Leon Koch.

He said his wife, when she was married to Koekemoer, spent freely on what was once a "small municipal house".

"She paid for everything. The swimming pool was built with money that she inherited from her mother. She put in a lot of money ."

In her judgment, Meer said the will "unambiguously" excluded Koch from inheriting.

"The fact that this may be a harsh consequence and that the Society for the Prevention of Cruelty to Animals is the sole heir as a consequence does not detract from this," said Meer.

Koch said she had spent about R200,000 on legal costs. She said her attorney would arrange a consultation with an advocate to determine the way forward.