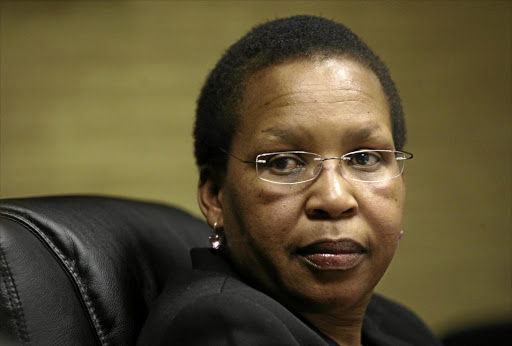 Fifty-year-old Virginia Machpela died 47 days after the Gauteng health department shunted responsibility for her care onto an NGO in Atteridgeville last year.

Machpela was suffering from major depression and dementia. Nevertheless, in June last year she was moved from a Life Esidimeni healthcare centre to an NGO, Precious Angels.

She was moved for the pitiful saving of R208 a day. Machpela died on August 15, one of the 94 victims of the department's policy identified so far.

Her sister Christine Nxumalo told the Sunday Times the department bulldozed through the plan despite concerns raised by relatives.

"All they wanted was to rubber-stamp this process as quickly as possible," she said.

Marie Collitz, the wife of another victim of the policy, said she was informed that her late husband, Freddie, who suffered from severe depression, had to be moved out of an Esidimeni facility to make space for "someone who was sicker than him".

The 61-year-old father of three died after spending seven months at another NGO facility, Mosego. The department "saved" a measly R43680 rehousing him.

Collitz said the last time she saw her husband he was dirty, had a head injury, blisters around his ankles and a sore on his nose.

"I can't get the image of his face out of my head. He had never been that bad."

The NGOs received R112 a day to care for the patients, slashed from R320 a day - a saving of R208. This amount had to cover everything from soap to food, nursing care and psychiatric medication.

Even the meagre R112 subsidies were slow in coming. The manager at Tshepong Centre reported waiting for four months for the subsidy to be paid.

This week in his report, health ombudsman Professor Malegapuru Makgoba dismissed the department's rationale for the "savings".

He found that more money - not less - may have been spent by the department on mental health patients after the move.

He calculated the cost of hospitalising the initial 358 patients placed back into Sterkfontien, Weskoppies and Cullinan Care and Rehabilitation Centre at more than R500,000 a day.

"This surely must represent a serious form of neglect and denial of quality healthcare to one of the most vulnerable populations of our society," he said.

He described some of the facilities as "concentration camps".

Mark Heywood of Section 27 - one of the organisations that resorted to court action to compel health MEC Qedani Mahlangu to abandon the scheme long before the scandal broke - said yesterday: "I have no words other than that these people were treated in a horrible, undignified, demeaning and hurtful way. I keep on thinking about what they must have gone through and it must have been terrible because they must have been frightened, confused and suffering."

Mahlangu, who resigned this week, her head of department Dr Barney Selebano, and mental health director Makgabo Manamela have been singled out for their repeated attempts to cover up the tragedy and for tampering with evidence.

Makgoba said Selebano and Manamela must be reported to their respective bodies for unprofessional and unethical conduct.

Makgoba found that at some point Manamela knew that patients at Precious Angels had no food. Twenty patients died there.

• She mentioned several facilities that would be renovated to admit patients under the new scheme. In fact, they were closed;

• She claimed all the NGOs were properly funded. The ombudsman found some NGOs did not get money for three months and went bankrupt trying to feed patients. Some patients starved to death and most NGOs did not have nurses; and

• Mahlangu said: "The decision to terminate the Life Esidimeni contract was not taken lightly." The ombudsman found it was in fact a reckless, chaotic decision that was in breach of multiple laws.

An extraordinary set of e-mails highlights Mahlangu's contempt for relatives who raised concerns about their loved ones being moved.

In one exchange she eventually threatened to communicate with the English-speaking daughter of a patient in Zulu in future.

Questioned about Gauteng premier David Makhura's culpability in the scandal, his spokesman Thabo Masebe said he had not been involved in any way in the decisions that led to the cancellation of the Life Esidimeni contract.

Makgoba found relatives were assured patients would get equal care to that provided at Esidimeni. But when the move happened, staff did not have adequate time to prepare medical records for the patients.

"Some NGOs rocked up at Life Esidimeni in open 'bakkies' to fetch patients while others chose patients like an 'auction cattle market' despite pre-selection by Gauteng staff."

Meanwhile, relatives are expressing their deep concern about surviving patients.

Anna Molobi told of the "seven days of hell" she suffered when her schizophrenic son spent time at home in December. The 34-year-old has been institutionalised since he was 18 - but now she has been told to expect his return home.

"He gets violent at times. I am scared of him because he is grown and he overpowers me when I stop him when he manhandles people," Molobi said.

She said she received a call from Sterkfontein Hospital two weeks ago telling her that he had "shown signs of recovery" and would be released soon.

"I will be helpless if they discharge him," she said.

"The government can afford to care for these patients within reason ... It is only stigma against the mentally ill that makes them behave like they can't afford [it]." It is estimated that only 4% of the South African health budget goes to mental healthcare.

"This reminds me of the peak of Aids denialism ... the medical profession would hand severely ill patients back to relatives because of its helplessness with the epidemic with a government that was withholding meaningful intervention."

Said Heywood: "What's really terrible about these deaths is that they weren't quick deaths. People died over a number of days and possibly a longer period. They suffered without any type of help ... it's just horrific."