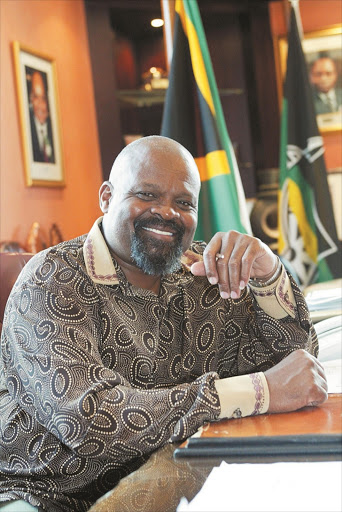 Obed Mlaba was sent to South Africa House in London despite failing a vetting procedure by the State Security Agency.
Image: Jackie Clausen

Large, unexplained cash deposits into the bank account of South Africa's high commissioner to the UK, Obed Mlaba, were among the reasons he failed his security clearance.

The Sunday Times last month revealed that Mlaba was sent to South Africa House in London in February 2014 despite failing a vetting procedure by the State Security Agency.

He has also faced questions from his bosses in the Department of International Relations and Co-operation about allegedly abusing his position as a high commissioner to broker personal business deals and solicit funds for his family foundation.

Last month, the department refused to give details as to why Mlaba had failed the security test. However, a letter from the SSA —  dated August 19 2016 and seen by the Sunday Times this week — gives details.

The letter also says Mlaba "did not disclose to the SSA that he was a subject of a forensic investigation into financial irregularities at the eThekwini municipality".

Mlaba, a former eThekwini mayor, left the municipality in 2012 under a cloud after allegedly trying to award a R3-billion waste management contract to a company of which his two daughters were directors. He was a "silent partner".

The letter states: "[The] Manase forensic investigative report into the financial irregularities at the eThekwini municipality raised serious concerns about Mlaba's sense of credibility, trustworthiness and dependability." It says he "irregularly influenced supply chain management processes" at the municipality.

"There is a risk of repeat or recurring conduct, which could be exploited by corrupt elements or the active intelligence opposition, to the detriment of the interests of the Republic of South Africa and the security of the state," the letter warns.

Last month, the Sunday Times reported that Mlaba had been sending letters to directors of companies operating in the UK and South Africa, on government letterheads, to secure business deals for his personal projects. These included building a technical school and a private hospital in KwaZulu-Natal under the auspices of the Obed Mlaba Foundation Trust.

One London-based South African businessman accused Mlaba of running the embassy like his own "spaza shop".

As far back as 2015, Mlaba received queries from the department about his "potential conflict of interest" relating to the nondisclosure of his financial interests. Yet no action has been taken against him.

Department spokesman Clayson Monyela confirmed that Matjila had received the letter from the SSA but said he could not comment on an official's security clearance. He also would not comment on what action, if any, was being taken against Mlaba.

SSA spokesman Brian Dube also said he was not allowed to discuss an official's security clearance.

Mlaba did not respond to questions this week.