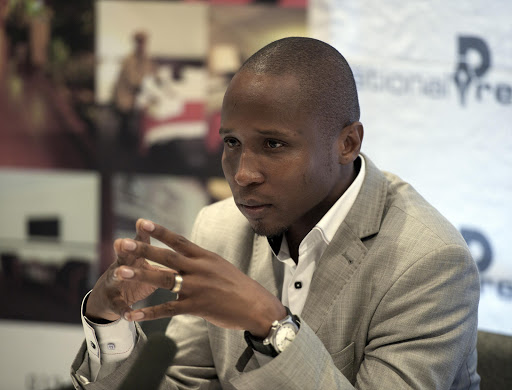 And when he arrived at the Passenger Rail Agency of South Africa as acting CEO, Collins Letsoalo talked tough and detailed how the agency had bled R13.9-billion because of irregular contracts under former boss Lucky Montana.

Yet since assuming the hot seat at the ailing agency in July, Letsoalo has spent considerable energy securing himself a pay cheque four times his agreed salary.

Just a month after his arrival, Letsoalo demanded the same R5.9-million package Montana had got.

When Prasa's acting head of human resources resisted Letsoalo's demand for the massive increase, the interim CEO accused him of "insubordination" and had him replaced.

Montana was fired after findings by the public protector implicating him in alleged corruption and maladministration related to tenders.

Letsoalo was seconded to Prasa by Transport Minister Dipuo Peters on July 7 last year. In her secondment letter, sent to Letsoalo and Prasa chair Popo Molefe, she makes it clear that the acting CEO's pay package of R1.3-million would not change. He would, however, receive a 12% "acting allowance".

But Letsoalo pushed for a R5.9-million pay package. This translates to an acting allowance of about R390,000 a month. He also demanded a chauffeur-driven car and a company cellphone with unlimited calls.

In pursuit of the increase of almost 350%, Letsoalo pressur ed acting group executive for human capital Bhekani Khumalo in e-mails and phone calls. When Khumalo declined to meet his demands, Letsoalo simply fired him and replaced him with another employee.

Letsoalo is not new to controversy. During his stint as CEO of the Road Traffic Management Corporation, he was accused of lacking law-enforcement skills and dividing staff. A senior executive wrote to stakeholders at the corporation claiming Letsoalo was targeting staff appointed by his predecessor. Letsoalo left the agency in 2013 after claims of receiving death threats for acting against corrupt individuals. He surfaced at the Department of Transport as chief financial officer.

Soon after his secondment to Prasa, Letsoalo and Khumalo clashed over his salary demands in acrimonious e-mail exchanges.

"Your telephone call of around 12h15 yesterday where you asked me to 'give you what Montana was earning and if the board has a problem with it, they will discuss with me ... ' has prompted me to once again confirm that I had indicated to you that I was tirelessly working hard with the chairperson of the HC [human capital] & Remco [remuneration committee] of the board to finalise this matter as there were certain things that needed to be decided upon," Khumalo wrote to Letsoalo on August 4.

Letsoalo replied: "My instructions to you are clear and lawful. You are once more implored to adhere to this lawful instruction. Failure to do so will be viewed in serious light, as it is insubordination. I am also not aware that you report to the board, kindly give me such instruction and from whom this instruction comes.

"I repeat that, if the BOC has an issue, they can raise same with me, yours is to give what the GCEO's benefits are, the salary, the allowances and all other benefits entitled to the post," said Letsoalo.

He further told Khumalo that if he continued to resist the increase, all benefits of other senior managers should be withdrawn.

"Stop all benefits of almost all senior management in Prasa as I am sure there are allegations of irregularities on how they got those packages and whether they are entitled to them, let alone being employed."

Letsoalo also approached the general manager responsible for employee benefits, Bongani Nkomo, demanding to know what Montana had earned. He told Nkomo to give him all the details regarding the former CEO's package as it was now an urgent matter.

"I also enquired about the car and driver, which I am informed by security colleagues is for the use of the GCEO. How is it accounted for in the package?" Letsoalo asked.

block_quotes_start Stop all benefits of almost all senior management in Prasa as I am sure there are allegations of irregularities on how they got those packages and whether they are entitled to them, let alone being employed block_quotes_end

Letsoalo subsequently wrote to Khumalo, terminating his appointment in August.

Khumalo's replacement as human resources head, Pearl Munthali, then drafted a letter to the Transport Department's acting director-general, Mathabatha Mokonyama, claiming that the department and Prasa board had agreed to pay Letsoalo what Montana was earning.

But in a letter to Letsoalo written in July, Peters had made it clear that his salary would not change because of his new role, writing: "Please note that your rank, salary and seniority date remains unchanged. Your service benefits will also remain unchanged. The salary paid by the department will be claimed from Prasa."

Mokonyama reiterated that Letsoalo was seconded to the agency, had not been promoted and was still considered a full-time employee of the department.

He said it was up to the Prasa board to decide on what remuneration he deserved.

"Mr Letsoalo's rank, salary and seniority including service benefits remains unchanged. Circumstantially, the issue of salary increment does not arise. Although Mr Letsoalo remains an employee of the Department of Transport for the period of his secondment, his all-inclusive human resources costs are claimed from Prasa."

Prasa spokeswoman Lillian Mofokeng said Letsoalo's increment was approved by the board, but could not say when. "Mr Letsoalo's appointment and remuneration got all the approval necessary from the board, as highlighted in the letter signed by the Chairman of the Board. Mr Letsoalo is entitled to the same perks applicable as per his appointment letter."

But a board member who sits on the remuneration committee denied that it had approved the adjustment : "Go to the officials and ask them to show you the resolution if they claim there is one. It does not exist."

The DA's transport spokesman, Manny de Freitas, said it was outrageous that Letsoalo had demanded to earn millions while he was failing to turn around theagency. He would raise the matter when the Prasa board and Letsoalo appear before the parliamentary transport portfolio committee on March 7.

Lawson Naidoo, of the Council for the Advancement of the South African Constitution, said this was a matter for the Prasa board to deal with. "This should have been approved by the board and not by someone who reports to him [Letsoalo]. He should be held to account by the board and if they fail to do that the minister has every right to intervene. The legislation is set and he acted outside of his powers."