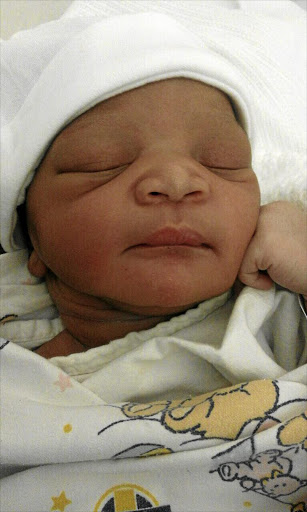 As the parents of missing one-month-old Siwaphiwe Mbambo plead for their daughter's safe return, police are reportedly homing in on the 'inner circle' of relatives to find answers for the girl's 'strange' abduction.

In an interview at his Inanda home yesterday, a tearful Christopher Mbambo said he feared for his baby's life.

"We are worried if the baby is alive or not. She is only breastfeeding, which is the main concern," he said.

He and his wife, Sibongile Mbambo, had not eaten since their baby was taken in an apparent hijacking shortly before midday on Friday.

Siwaphiwe was in her car seat when an armed man approached the vehicle near the City View shopping centre in Greyville, Durban.

Sibongile and her son, Muvo, 8, were forced from the car at gunpoint before the vehicle was stolen with the baby still strapped in. She turned one month the day of the incident.

The white Toyota Yaris was found abandoned about 12km away in Moodie Crescent, Montclair, hours later.

Siwaphiwe, her car seat, pram and baby bag had all been removed.

An intense search involving residents had not yielded any results by last night.

Earlier yesterday, Christopher, who is also married to another woman and has nine other children, spoke to the media outside the Durban Central police station, saying the family were distraught.

"Everybody is sad. Even when you get home, the children are waiting to get a response that we are coming back with the baby. They are waiting for us to say that the baby has been found," he said.

Christopher said Sibongile had pulled off the road to breastfeed Siwaphiwe when the hijacking happened.

"She says he [the hijacker] touched her with something. Whether it was a gun or knife, she doesn't know. She asked to take the small baby and she wasn't able to. She was able to grab the boy but she couldn't get the baby. The car sped off with the door open," he said.

Christopher is worried about his child's wellbeing.

"My plea is to ask those who took the baby to have a conscience for a baby that is still being breastfed. She is not eating. Please help us by bringing the baby back from those who took [her]," he said.

Police spokesman Lieutenant-Colonel Thulani Zwane said more than 100 officers, as well as search and rescue unit sniffer dogs, were involved in the search.

A senior officer with intimate knowledge of the case said the kidnapping was "strange beyond measure".

He said: "This case is all too strange and we have ... unanswered questions that arise from the fact of this case being so odd.

"If they were after the car, we would expect to find the dash [dashboard] stripped while they were looking for the tracker [but] the car was pristine.

"The fact that the baby booster seat and other paraphernalia for childcare were taken is also very strange.

"We are asking questions ... [and] looking at the family for people of interest."

Zwane would not be drawn on whether police were investigating the theory that Siwaphiwe was the target.