ANC may have to hit rock bottom first — Motlanthe 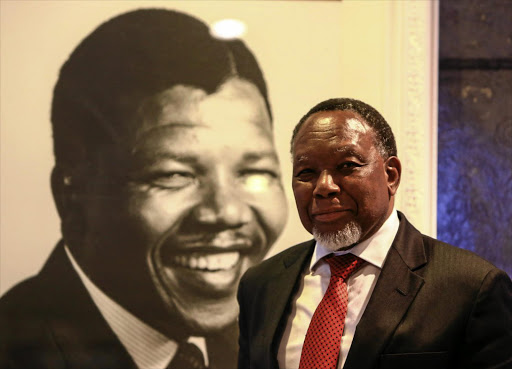 Former president Kgalema Motlanthe says it is unlikely that the upcoming ANC national elective conference will rescue the party from its crisis, and that it may first have to reach "the bottom of the pit" before it is able to fix its problems.

Motlanthe also questioned the motives for "radical economic transformation", saying that what made him uneasy was that none of the ANC and businesses calling for it defined what they meant.

In a wide-ranging interview with the Sunday Times this week, Motlanthe - who served 10 years as ANC secretary-general before becoming its deputy president for a further five years - also criticised senior party and government leaders who have made light of rating agencies downgrading South Africa to junk status.

With the ANC succession battle hotting up ahead of the December conference in which President Jacob Zuma is expected to hand over the reins to a new party leader, many analysts believe that the troubled ruling party has an opportunity for renewal under a new leadership.

But Motlanthe is not convinced.

"Once we hit the floor, all these benefactors will desert. All these people who are in this thing for the largesse will leave because you no longer provide the dues. They will leave. Only then would the rescue effort work," Motlanthe said.

The main problem with the ANC, he said, was that its members no longer had a say because the leaders had substituted them.

"All of those structures are elected structures of leadership meant to lead and coordinate activities of the organisation ... They have substituted themselves for the general membership. If you are a member of the ANC, you have no opportunity to participate in the debate of the political life of the ANC because general members meetings are not convened. That is the nub of the problem."

The manipulation of internal party processes, he said, had resulted in only those who were like-minded occupying most of the leadership posts. This on its own was a recipe for a further downward spiral.

"Logically, if you have a concentration of like-minded people who have unanimity on any matter, even before it is discussed, they will get a few things right, but they will get a lot of things wrong," Motlanthe said.

block_quotes_start If you are a member of the ANC, you have no opportunity to participate in the debate of the political life of the ANC because general members meetings are not convened. That is the nub of the problem block_quotes_end

The former president was the deputy president of both the party and the country in 2012 when he challenged Zuma for the ANC leadership. His critics say his campaign failed mainly because he left it too late to campaign and that he preferred to abide by the party's strict election rules when the other side clearly ignored them.

The same criticism was now being directed at his successor as ANC deputy president, Cyril Ramaphosa, whom critics accuse of not doing enough to fight an aggressive and Zuma-backed campaign to have Nkosazana Dlamini-Zuma elected the party's next leader, and the country's next president.

So what advice would Motlanthe give Ramaphosa for the December conference?

"I would not be giving him any advice. In 2012 I followed the procedures. I was not prepared to be part of any faction. However, I was prepared to stand on the strength of being nominated by branches even though I was clear that the conference itself was structured to achieve certain outcomes."

He does not see things changing with the upcoming conference. "Nothing will happen until you correct this because your national conference, which is supposed to be a conference of delegates from branches, will be filled up by members who are hand-picked ... The criterion that is used is that those delegates should be aligned and like-minded," Motlanthe said.

All of this, he said, meant that the free will of ANC members to express their preferences without incentive was being interfered with.

"If you take that away, in English it is called corruption. If you corrupt the ANC that way, there is no way you cannot corrupt the rest of society out of that. There is a correlation."

He said the task of pulling the country out of the crisis would be made more difficult by the attitude of some of the country's leaders.

"And if these, you know, flippant attitudes even by members of the cabinet on issues like this to an extent that people are saying, well, bring this junk status, we want to live in that junk yard ... It should be left to ordinary people to speak like that. But people in leadership should not because their words, or remarks, are taken seriously. It will make the job of the new minister of finance this much more difficult if every step he has to start off by correcting colleagues," he said.

Motlanthe attributed remarks made by the likes of Water Affairs and Sanitation Minister Nomvula Mokonyane about South Africa's downgrading to populism.

"It is populism of the worst kind ... People want to say things that would be regarded, or heard as music in the ears of the people they are addressing at that particular time. And all I am saying is that this recklessness will cost us," he said.