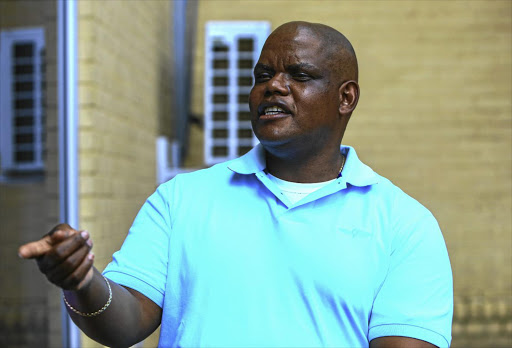 Death threats against the lead investigator in the Independent Police Investigative Directorate could have opened a can of worms for embattled acting police commissioner Kgomotso Phahlane.

Botha managed to link the handset that sent one of the threats to a South African Police Service member stationed at OR Tambo International Airport. The second was traced to a handset that had received reception from an SAPS cellphone mast.

One of the threats read in part: "his [Paul O'Sullivan's] days are numbered. we r on his heels. u must either die with him. we r watching u boy. we r about to finish paul".

Another one reads: "... if you want to leave [sic] long in peace take my advice and stay away you're being used by high authorities and you will suffer as alone stay the hell away from my relative or I will come after you".

The investigation further uncovered that the beleaguered police chief allegedly paid nearly R1-million in cash for the construction for his home in upmarket Sable Hills Waterfront Estate, outside Pretoria.

The details are in an affidavit by Mahlangu and in Ipid's responding papers in a court case brought by Phahlane against Ipid, O'Sullivan and his assistant Sarah Jane Trent, as well as a Pretoria magistrate who granted a search warrant for Phahlane's home.

In his application before the High Court in Pretoria, Phahlane wants the search warrant set aside and the execution of it in January to be declared unlawful.

Ipid head Robert McBride says in his affidavit: "I needed to ensure that Mahlangu is cushioned from any bullying tactics and/or threats to enable him to conduct an impartial and independent investigation."

Since joining the investigation, Botha - a former Hawks analyst - has uncovered six vehicle transactions involving Phahlane and his wife, who is also an SAPS member, and a Pretoria-based car dealership.

The dealership also paid R377,360.22 for a Toyota Hilux for Phahlane, while his wife received a brand-new VW Polo valued at R230,681.70 courtesy of the dealership.

Durand Snyman, owner of the dealership at the time, said the two latter transactions were donations to Phahlane.

But Mahlangu said the sponsorship "was not mentioned by Phahlane in his founding affidavit, nor has he declared it in his official disclosure".

The latest allegations follow previous claims of impropriety by Phahlane, who was appointed acting commissioner in 2015 after the suspension of commissioner Riah Phiyega.

O'Sullivan alleged Phahlane built a mansion worth an estimated R8-million with a bond of less than R3-million. The investigation also tackles alleged corruption at the SAPS forensic unit of which he was in command.

The career cop is also accused of improperly benefiting from having a supplier pay for the installation of R80,000 worth of audiovisual equipment at his home.

Mahlangu said there was evidence that during the construction of his house, Phahlane paid more than R1-million in cash to various suppliers, including builders and plasterers. Some of the cash payments were allegedly made out of the boot of a car by one of his protectors.

Yesterday, Phahlane's attorney, Piet du Plessis, labelled the latest allegations as "gossip" and a "fishing expedition" that would be addressed in court in due course.

New Police Minister Fikile Mbalula's spokesman, Vuyo Mhaga, said the minister would not be commenting on the matter at the moment.