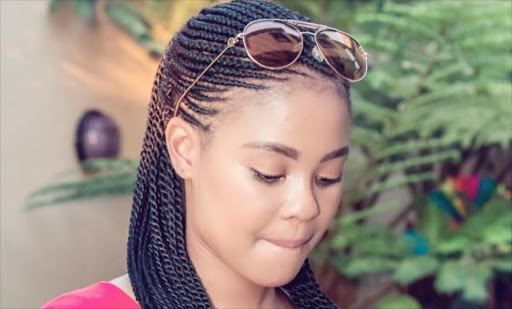 Hours before her murder on April 27, Karabo Mokoena had a heated argument with her boyfriend in a Sandton nightclub that deteriorated into a physical fight.

The couple left the club together. She was never seen alive again.

The part-time business student's body was found in a patch of veld in Bramley, Johannesburg, two days later by a passer-by who at first thought the body was a burnt mannequin.

Karabo had been necklaced and had had acid poured over her body. She was burnt beyond recognition.

The 22-year-old's death has sparked national outrage and made international news following the arrest of her boyfriend. Twenty-seven-year-old Sandile Mantsoe has been charged with premeditated murder and defeating the ends of justice.

Police sources said Mantsoe, a forex trader, claimed he left Karabo in the apartment after their argument and upon his return found his girlfriend of seven months dead.

"He claims that he doesn't know who killed her, but that he panicked and believed people would think he killed her," said the source.

He is said to have told police how he disposed of her body.

"He said he stuffed her body into a bin, rolled it out and into his gold BMW and drove to his family home in Lyndhurst, in southern Johannesburg. He picked up a tyre, acid and a container and drove to a filling station to buy petrol, which he used to douse Karabo's body in Bramley, where he buried her body."

CCTV footage from Mantsoe's apartment, seen by her family, shows Karabo and Mantsoe arriving at the flat after 1am. Shortly thereafter Mantsoe leaves the apartment in different clothes.

He comes back to the house and then leaves again. He returns with a bin. The footage shows Mantsoe and two other women leaving the house with plastic bags that seem to be filled with sheets. Mantsoe leaves the house with the body at around 2pm.

Yesterday Karabo's father, Thabang Mokoena, fought back tears as he told of the conversation he had with his daughter's boyfriend the day after she went missing.

"This boy has always been respectful, to the last day I spoke to him on the phone and he was lying to me.

"I called him the day she went missing and he agreed that we should meet on the Saturday. When the day came he told me he was at a funeral in Mpumalanga.

"I couldn't work or eat for days looking for her. I kept telling my colleagues something bad had happened, I could feel it. But I couldn't go to the morgues to search for her, it was too painful."

The brutal crime has given rise to the a hashtag #MenAreTrash as scores of women shared stories on social media of abuse at the hands of men, and reignited the debate on femicide.

Since January, several cases have been reported of South African women killed or raped by their boyfriends, husbands or other men close to them.

This week details of Karabo's abusive relationship with Mantsoe emerged. Cases of assault had been opened with police by both parties in the past.

A source close to the police investigation also revealed details of the fight in the Sandton nightclub.

According to her friends, Karabo found Mantsoe "getting fresh" with another woman.

"A fight ensued, leading to the two cutting their night short and heading back to his apartment where it continued," said the source.

Police spokesman Lieutenant-Colonel Lungelo Dlamini said: "The deceased and her boyfriend opened counter-charges of common assault. A statement had already been obtained from the boyfriend. The incident of murder happened while the investigation was continuing. Both cases have been taken to the prosecutor for a decision."

But a highly placed source said that when Karabo tried to open her case against her boyfriend, police officers at the station told the two to "work it out" because they could not be investigating counter-claims.

WATCH the shallow grave where Karabo Mokoena's body was found

Karabo's younger brother, Lebogang, said he was shocked earlier this year when his sister showed him a picture of her bruised and battered face.

"We only got to see the ugly side of the relationship this year when she showed me the pictures of her bruised face. I was so sad and we agreed she would go to the cops. At some stage she started to feel sorry for this guy but I told her not to and open a case against him," he said.

Less than a month later his sister went missing.

"As we looked for her my dad couldn't take it anymore and broke down. He's a very strong man. He was in his room and I could hear him weeping."

Karabo's cousin Boipelo said Mantsoe was a very likeable guy who never disrespected Karabo in front of the family or friends.

"But that's the nature of abusive relationships, where it's hidden. Recently Karabo told us about the abuse and that she wanted to get out. She started her work with abused women after her own attack," she said.

Karabo's family reported her missing on April 28, the day after the nightclub fight. Her body was found on April 29. Mantsoe was arrested this Thursday.

Captain Mavela Masondo said police had not immediately connected the missing-person case with the body.

"At the time we did not connect the two as they were investigated by two different police stations, Diepkloof and Sandringham. Right now we can't say what tipped us off to arrest the boyfriend but we were able to link the disappearance to Mantsoe," he said.

On Thursday, Karabo's uncle, Tshepo Mokoena, wrote on Facebook: "The boyfriend confessed. He killed and burnt my daughter."

Actress Sonia Sedibe, who was a close friend of Karabo, took to Instagram this week to say they were part of a prayer group that met on Tuesdays. "If you met her ... spent time with her, you would know what an amazing soul she was ... a smile that captivated ... a spirit that soared ... a mind that's deep ... a God fearing, God loving person!!! Rest in peace dear Queen."

Gender activist and researcher Lisa Vetten said that although data on femicide and gender-based violence was only available up until 2009, there had been no significant decline in the number of women dying at the hands of their partners.

"One out of every 20 women killed already had a protection order against their partner but because of police negligence, the women end up dead; a death that could have been avoided. The major issue here is how the system has barriers that hinder women from reporting violence and when they do it is not taken seriously," said Vetten.

Vetten said the extreme brutality in such cases highlighted the perpetrator's state of mind because it was associated with a high degree of anger and hatred.

"You must understand that these are people in a relationship which is characterised by intense emotions. So in such cases with excessive violence the perpetrator wants to do more than kill his partner but wants to annihilate, destroy and completely eradicate the woman."

An emotional Lebogang said his sister was a big dreamer who had a big heart and wanted to open an NGO for children and abused women.

"She's older than me but we were close. She'd give me advice on how to be the best man I can be."

Some of the women and girls who men killed

• Thapelo Ramorotong, 26, killed and burnt in a vehicle. Boyfriend arrested.

• Two-year-old girl raped and murdered in May. Father arrested.

• Mavis Mabala, 25, disappeared this week. Her body was recovered yesterday, hidden in the bush. Boyfriend arrested.