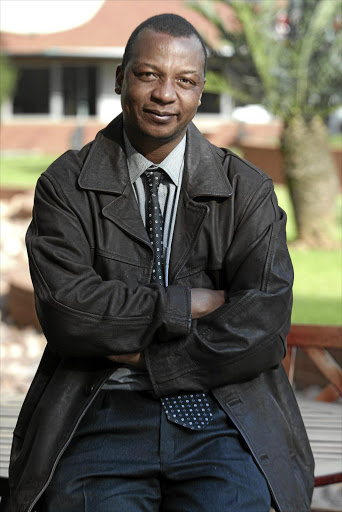 An article about how Eskom CEO Brian Molefe was parachuted into parliament is said to have led to the dismissal of the editor of an Independent Media newspaper.

The story quoted leaders of a branch in Hartbeespoort saying Molefe was not a party member despite the ANC in the province claiming he belonged in that branch to justify nominating him to parliament.

The sources said Survé had called Mbhele after the ANC in North West held a press briefing to deny the story.

Survé is said to have close relations with Molefe, who, at the time of the story, had resigned as Eskom CEO - a position he is due to reoccupy tomorrow. Survé is also believed to have a cosy relationship with President Jacob Zuma and the president's backers.

Reports of his interference in the editorial operations of the newspaper are expected to raise concerns about the independence of newsrooms from media owners.

The insider said that during the call, Survé requested a report on how the story was produced and asked for an apology to be issued to Molefe for the "embarrassment" caused.

The Sunday Times understands that this was followed by an exchange of e-mails between Survé's chief of staff, Zenariah Barends, and Mbhele, in which Barends claimed Survé had received complaints about the story. She demanded a report on how the story was produced.

"Wally stood his ground. He expressed his concerns because a few weeks before that, Iqbal had accused the Sunday Independent of being pro-Cyril [Ramaphosa] and Gwede [Mantashe]," said the source.

A management team from Cape Town was sent to meet Mbhele "under the pretence of conducting a performance assessment" of his paper.

"No other newspapers in the group were going to be assessed. The assessment targeted specifically the Sunday Indy.

"The meeting between Wally and the officials took place in Rosebank at The Grillhouse on Tuesday [February 28]," said the source.

"The meeting agreed that the relationship between Wally and Iqbal had broken down irretrievably. That is when they reached an agreement that he should leave and they will pay him out," the source said.

"Mbhele went to his office and packed his stuff and left without saying goodbye to his staff. He did not resign, he was fired. It was clear Iqbal wanted him to leave as soon as possible."

Survé denied Mbhele's departure had anything to do with him.

"I hold Wally in the highest regards and have no idea what you are referring to when you refer to the Brian Molefe issue?" he said in an SMS.

"I know Mr Molefe as a member of the Brics business council and have no other relationship with him," he said.

He also denied talking to Mbhele prior to his resignation and said he was genuinely surprised when he heard about the resignation.

Barends, however, confirmed that she raised the Molefe complaint with Mbhele, but said it was a matter of "good governance". She said she was not aware that the matter had led to a breakdown in the relationship between Survé and Mbhele.

The source said Survé interfered in editorial processes in all Independent newspapers. "Editors are made to send PDFs of front pages before going to print.

Barends said editors sent PDFs to Survé for him to "be kept abreast daily and to have a quick snapshot" of the newspapers. She denied PDFs were sent before newspapers went to print.

"This is done after the deadline has passed and after they have been sent for publication. Often they are sent the day after publication," she said.