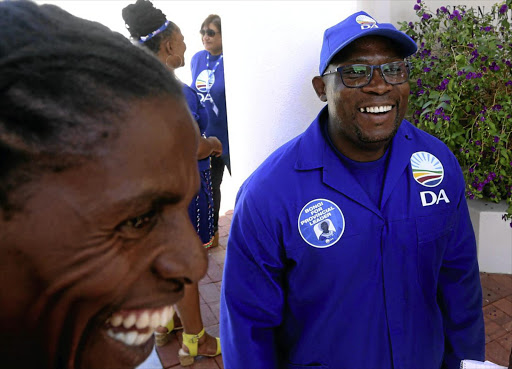 Acting DA provincial leader Bonginkosi Madikizela is facing allegations of impropriety after a swanky birthday bash in his honour was apparently partially funded by construction companies that benefit from projects financed by his department.

But Madikizela says the party, at the lavish One&Only, was a surprise party paid for by friends.

Tongues have been wagging in DA circles since the second Saturday of March when a group of Madikizela's friends, including directors of construction companies trading with his department, treated him to the party.

Phumla Zantsi, partner at Lawula Trading and Construction, said she made financial contributions from her personal account owing to her friendship with the human settlements MEC that dated back to 1998.

She confirmed to the Sunday Times that Lawula Trading and Construction does business with the Western Cape government, including projects with the department of human settlements.

Zantsi said it was their culture as friends to throw surprise birthday parties for each other, with health MEC Nomafrench Mbombo's having been held at the sea-facing Radisson Blu hotel last year.

"I had to contribute from my pocket. I paid for the cake, for about R3,000. I don't involve my company in these things ... I'm not a politician but it's raising concerns, we organised his 40th two years ago and none of this happened."

His detractors have accused Madikizela of showing poor ethical conduct by allowing his birthday party to be sponsored by people in the construction industry who deal with his department, which awards housing contracts worth billions.

But Madikizela, who is widely regarded as frontrunner for the DA provincial leadership at party elections in August, has dismissed the allegations as baseless.

"If anyone spoke to any company, I know nothing about it. I never approached anyone.

"After the party, I heard the rumours [that some in the construction industry had paid for the event]. I asked my friends, and they said they had put together the money as a group of friends. I took their word and asked no further," said Madikizela.

Mbombo, his partner, has also been drawn into the birthday bash saga, with claims that she had approached sponsors.

"I didn't organise the party nor [was I] involved in planning, nor was [it] my idea to have it ... Friends decided to cheer him up as a surprise," said Mbombo.

"I invited all mayors and other councillors in the Western Cape municipalities and the metro."