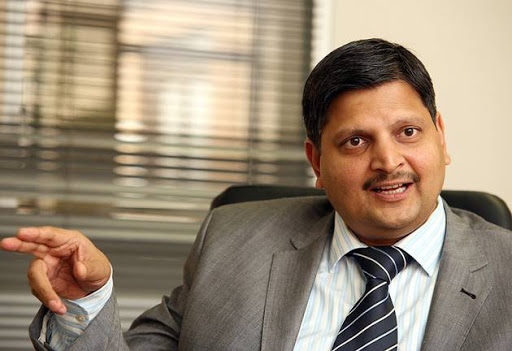 The embattled Gupta family contemplated a takeover of Grindrod Bank – the bank the SA Social Security Agency (Sassa) uses for its monthly payouts of R11-billion of social grants‚ documents show.

Sassa uses Grindrod Bank to provide banking services to over 10-million people. Documents and emails seen by TimesLIVE show how the family‚ through their investment arm‚ Oakbay Investments‚ wanted to take over the bank in November 2014.

These details emerge amid a controversy over efforts by Vardospan‚ a company controlled by the Guptas’ associate Salim Essa‚ to buy Habib Overseas Bank. That bid is now off the table‚ as the offer to sell the bank expired at the end of March after it unsuccessfully turned to the courts to force a decision on its bid.

The contemplated Grinrod bid – “facilitated” by Vunani Capital‚ a shareholder of Grindrod Bank – came after a Bidvest bid went nowhere.

In an email titled “Grindrod Bank (Interest from Oakbay Investments)”‚ which was sent on 19 November 2014‚ Vim Rajbansi of Oakbay Investments' Group Business Development writes to Rajesh “Tony” Gupta that an exclusive memorandum of understanding which Bidvest entered into with Grinrod had ended with no deal being concluded.

She adds that she was considering a letter of interest‚ “to see if we can pick this up at the right price”.

“Vunani Capital is a shareholder in Grindrod and offered to facilitate the sale with us because of their close relationship‚” she writes.

She adds that Ajay [Gupta] told her to sign an official interest to start the negotiations‚ but that they had missed out when Bidvest put in an offer before them and signed the exclusive memorandum of understanding closing up the process.

Rajbansi explains that since then Oakbay had become involved in a bid process for 60% of U Bank – which provides banking services to mine workers - which required the sign-off of the Reserve Bank.

She adds: “With Grindrod Bank being opened there are now two banking licences available. This makes the process competitive for us. “The high publicity surrounding the SASAA I-Net [presumably Net-1] contract in the Grindrod Bank became a hurdle for Bidvest but not necessarily the case for us. [sic]

“In our Risk Assessment agreed that Government will license Postbank to provide services and Grindrod will have to put a discount on this. We feel these factors make the deal highly negotiable in our favour. [sic]”

Rajbansi said their aim was to acquire a banking licence through a “neat and clean structure”.

“We can do a neat deal with Grindrod … at less than half the price.”

She tells Gupta that if this was “alright” with him she would directly approach Grindrod CEO.

In a follow up email sent to Tony Gupta just minutes later‚ Ravinda Nath‚ CEO of Tegeta‚ the mining investment company for Oakbay‚ said Rajbansi had approached her with the proposal of the “Grindrod takeover”.

“She wanted our feedback and comments and the way forward. I told her that she should talk to you first and if you instruct me & Satish to be involved in this deal we will certainly help you.”

Vunani Capital head Mark Anderson confirmed on Tuesday that Oakbay had approached Vunani for an introduction to Grindrod as they had heard that Vunani published “sell-side” research of Grindrod.

“Vunani publishes equity research on Grindrod‚ which is independent analysis.”

He said in terms of connections between Vunani and Grindrod there were none other than that Grindrod was the JSE sponsor to Vunani and provided compliance services to Vunani as required by the JSE.

“That is the full extent of the relationship.”

Anderson said that there was no interest in a meeting at that time and no meeting or introduction happened.

“Public records clearly show that there was no facilitation or sale of this kind.”

Grindrod Bank managing director‚ David Polkinghorne‚ said it was difficult to comment as “there was never an approach”.

“We receive daily approaches and if there had been one by Oakbay I would have been made aware of it.”

The Gupta family attorney Gert Van der Merwe was asked to comment and said he would approach the family for a response.