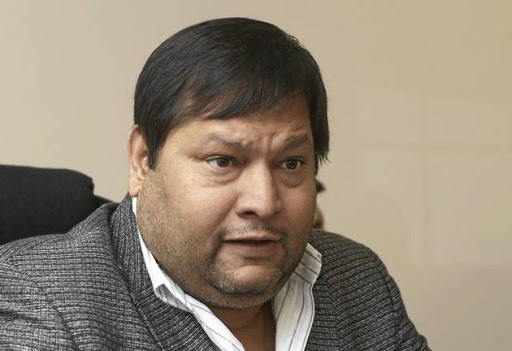 The State Security Agency (SSA) warned Denel that their apparent efforts to frustrate the Oppenheimers in their Fireblade luxury VVIP terminal in Johannesburg would find itself in court and had the potential to “embarrass government”‚ leaked emails suggest.

A trail of confidential communication between SSA and Denel - which was forwarded to a Gupta company email address and now leaked to The Times - suggest Denel tried to strong-arm the Oppenheimers out of an agreement that allowed Fireblade to operate at Johannesburg's OR Tambo Airport.

At the time of the leaked communication‚ Denel had informed Fireblade that it needed to get security clearance from SSA to allow it to operate international flights from the luxury terminal.

But this had never been a condition of Fireblade’s agreement with Denel when it leased property from the arms manufacturer at the airport to operate the terminal.

A leaked letter from SSA acting director general at the time‚ Bheki Langa‚ to Denel chairperson Daniel Mantsha‚ shows that the agency anticipated that the dispute would find itself in court because Denel was requesting security clearance from the Oppenheimers that was not part of the lease agreement.

The SSA also had no knowledge of such requirement. This correspondence was forwarded to the Guptas. The Oppenheimers claimed in court papers served on then Home Affairs Minister Malusi Gigaba last November that the Guptas tried to use their influence over Denel to hijack the project - an allegation Gigaba‚ Denel and the Guptas denied.

The Oppenheimers have claimed that SSA security clearance that Denel was insisting on was fabricated to create a contractual dispute which could result Fireblade losing the lease at the airport.

The leaked documents reveal how Mantsha wrote to Nicky Oppenheimer in February last year saying Denel required security clearance from SSA so that it could allow Fireblade Aviation to use the leased premises for international flights.

Two weeks later‚ Langa replied to Mantsha concerned about how the request he made to the Oppenheimers related to the security clearance.

“SSA has not received any formal correspondence to date from Denel that a specific clearance was required to allow the company to lease the premises‚” the letter reads.

The letter showed that SSA was not aware of the required security clearance and asked for more detail from Denel. “The SSA would also want to take this opportunity to assure you of our commitment to speedily assist any process that can conclude this matter amicably in order to avoid the risk of being drawn in to a legal dispute that has the potential to jeopardise the integrity of government and its related governance processes‚” Langa wrote.

Despite this‚ Denel has insisted that the Oppenheimer’s comply with national security legislation - even though the requirement was seemingly unknown to SSA. On Wednesday SSA spokesman Brian Fikani Dube refused to comment saying that the agency did not want to be drawn into "those shenanigans".

"The courts will determine its preference on the matter and those involved will have to adhere to that‚” he said. The November court papers reveal how two former Gupta pilots claimed the Gupta family had allegedly tried to wrest control of the terminal from the Oppenheimers The Sunday Times reported last year that Fireblade had opened for domestic flights in 2014‚ but had not yet been granted international rights.

The Oppenheimers intended to serve international flights which could make the terminal profitable but instead‚ Fireblade is haemorrhaging money.

The report said Fireblade paid Denel R1.4-million a month in rent and salaries. Losses up to the end of last July amounted to R163-million.

The leaked documents come on the back of revelations that the Guptas paid for a business class trip for Mantsha to Dubai in October 6‚ 2016 and further arranged for a chauffeur for him there.

Denel is connected to the Guptas through its controversial joint venture with VR Laser Asia which is owned by Gupta associate Salim Essa.

Attempts to get comment from Denel were unsuccessful. The Guptas were approached for comment through their attorney but‚ as with other queries on these emails this week‚ had not replied.

Oppenheimer lawyer Duncan Butcher said he was not at liberty at commenting as the matter was still sub judice. "I can not discuss that because there is a court hearing that is coming up‚" he said.