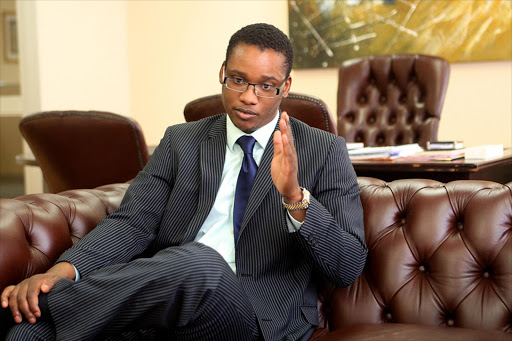 The first evidence has emerged of Duduzane Zuma’s role as a middleman between his father and international entities‚ with leaked emails showing he brokered a meeting between President Jacob Zuma and a private Russian investment company.

There has long been speculation about Duduzane’s role in providing access to Zuma and the influence his wields over his father’s decision making.

Constitutional experts say there is no problem with the president meeting companies and businesses‚ but if Duduzane is benefitting from the meetings it could be a conflict of interest.

Duduzane did not respond to phone calls and an SMS requesting comment. The presidency had also not responded to requests for comment by late Thursday afternoon.

According to the emails‚ Duduzane responded on January 1‚ informing Sistema managing director Evgeniy Chuikov that he was in India and would be heading out to the United States‚ but as soon he was back in South Africa he would “follow up with the matter in discussion”.

“We met in Davos and had a very productive and warm catch up‚” he wrote.

Chuikov proceeds to give Duduzane a rundown of what was discussed between the two men‚ which included the topic of possible investment in South Africa particularly in healthcare and “smart city” technologies.

He said Zuma expressed his support for Sistema’s efforts and mentioned that both areas of focus “may be of interest to South Africa”.

“On smart city‚ President Zuma suggested we approach large municipalities in South Africa such as Pretoria and possibly South Africa’s security ministry/services which these technologies are closely linked to‚” Chuikov told Duduzane.

“On healthcare‚ we discussed opportunities to partner with local South African healthcare operators both in SA and in Russia.”

It is not clear if Sistema has any investment interests in South Africa. The company did not respond to emailed questions.

The Council for the Advancement of the South African Constitution (Casa) executive secretary Lawson Naidoo said if Duduzane was benefitting from setting up meetings with his father‚ he would be in contravention of Section 96 (2) of the Constitution.

The section stated that no member of the Cabinet or deputy minister may act in anyway which is inconsistent with their office or expose themselves to any situation involving the risk of conflict between their official responsibilities and private interests.

“Some of it could be legitimate because lots of companies and businesses legitimately go and speak to the president and often those meetings are set up by middlemen if you like‚” Naidoo said.

“But if there is a situation where the president’s son stands to benefit as a result of those initiatives then that would constitute a conflict of interest.”

According to the email‚ during the meeting it was agreed between Zuma and Evtushenkov that Sistema would plan a visit to South Africa in March 2015.

</p><p ="">“He [Zuma] suggested I keep in touch with you to develop the above ideas and agenda in more detail ahead of our possible visit‚” Chuikov wrote to Duduzane.</p><p ="">The next correspondence in the leaked emails between the two men is in June 2015‚ when Chuikov informs Duduzane that Sistema would be travelling to South Africa and asks that they arrange to meet.</p><p ="">Later that same year‚ Duduzane and Rajesh “Tony” Gupta travelled to Moscow‚ Russia in November. <br />It was not clear why the two men had travelled to Russia.</p><p ="">This was not the first time Duduzane had been to Russia. In another email dated August 22 2014‚ Deputy Director: Assistant Private Secretary in the Private Office of the President at the Presidency‚ sent Duduzane a copy of his visa for Russia and proof of payment.</p>