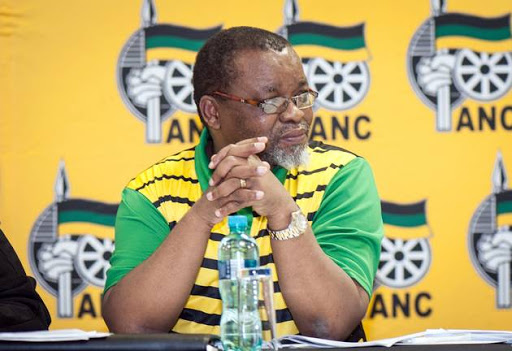 The ANC wants President Jacob Zuma and all living former presidents since 1994 to testify before a judicial commission of inquiry into state capture.

This is according to ANC secretary-general Gwede Mantashe. He told the Sunday Times that the list of witnesses should also include all ministers since 1994.

They should give evidence about the influence of the private sector on the state in a commission of inquiry into state capture, to be set up with a broadened scope.

This comes as the ANC called on the government to investigate the veracity of e-mails that have been leaked to the media. The mails show how the Guptas influenced the executive and state-owned entities.

When asked if the ANC wanted Zuma and other past presidents to testify, Mantashe said "everybody in government" must appear before the commission.

"We want to know: is the private sector influencing decisions in government and has government worked as its agent?" said Mantashe.

But ANC spokesman Zizi Kodwa pointed out that, legally, it would be up to the commission who to call.

While Zuma has argued that an inquiry could be appointed only after the outcome of his application to review the State of Capture report - compiled by former public protector Thuli Madonsela - Kodwa said the ANC wanted the commission set up "as in yesterday".

Kodwa said that while the ANC called for the scope and the terms of reference to be broadened, it could not be a generalised exercise.

"You see, you can't create a commission of inquiry to be a circus. It has to be specific. You got to make the allegations [against the Guptas] as a reference point ... those allegations in the public protector's report," he said.

Zuma is opposed to Madonsela's recommendation that the commission be headed by a judge to be chosen by Chief Justice Mogoeng Mogoeng.

The decision to support calls for an inquiry was taken at the party's national executive committee meeting last weekend where Zuma survived another motion of no confidence.

Should Zuma be asked to appear before the commission, he would have to answer questions about the Guptas' influence over some of his cabinet ministers and the relationship between the family and his son Duduzane.

In previous interviews Zuma claimed that he was not the first president to have relations with the Gupta family.

Zuma's supporters in the NEC succeeded in broadening the scope of the inquiry instead of focusing on the Guptas.

Insiders who attended last weekend's meeting said a discussion on the Guptas' influence was silenced with an agreement that an inquiry into state capture be established.

"We said it must be broadened and not concentrated on [the Guptas].

This decision saved Zuma amid calls for him to be removed as head of state.

Insiders said it was ANC Youth League president Collen Maine who blocked the discussion about the leaked e-mails, telling the meeting the NEC could not discuss "newspaper clips".

When Zuma's opponents brought up the cabinet reshuffle and the subsequent ratings downgrades, his loyalists had a firm defence.

"We told them that that matter was solved a long time ago ... the president was within his right to reshuffle his cabinet and he will consult the next time," said a third source, known to be loyal to Zuma.

Zuma's backers also had to shield the president from accusations that his blunders were to blame for the party's poor performance in the local government elections.

Zuma had the last word at the meeting that sat for two days debating whether he should be removed as head of state.

He reached for an old defence, daring leaders of the ANC to come to him directly with proof of his corruption.

Zuma's angry and firm response to the debate was widely seen as a threat to anyone wanting to bring a similar motion against him again.