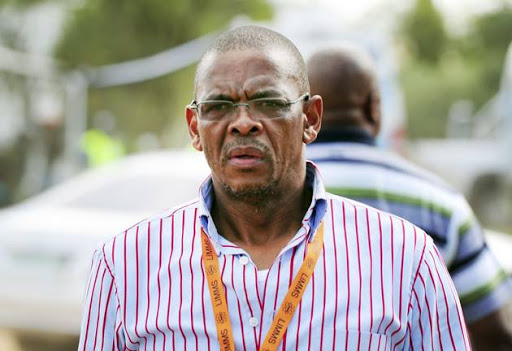 The Guptas sponsored trips for the sons of some of their biggest government defenders, and were even asked to buy airtime for ANC members.

Among those who benefitted from their largesse was ANC deputy secretary-general Jessie Duarte's son, Yusha Duarte, who went on a business trip paid for by the Guptas in 2014.

Leaked e-mails show that Tony Gupta received a request for R43,000 in airtime, apparently from Magashule, during the 2014 general elections.

The e-mail, sent by former Free State legislature institutional support services director Mosidi Motsemme, asks for R120 worth of MTN airtime for each of the ANC's 362 Free State agents.

This is "as per directive of the FS ANC chairperson", she says in the e-mail to Tshepiso.

Her e-mail is also sent to a Gmail address whose recipient forwards it to Tony Gupta.

Sent from her work address, it read: "Attached please receive a list of FS party agents in need of airtime, they all use MTN. It will be appreciated if airtime amounting to R120 per person could be loaded today, 06 May 2014."

Motsemme refused to respond to questions, only saying: "I don't know what you are talking about."

The ANC's spokesman in the province, Thabo Meeko, said fundraising was an internal ANC issue, and Magashule would not be responding to queries.

"Why the isolation of the Guptas? We don't want to be entangled in this thing, isolating those who are assisting the ANC," he said.

Gupta attorney Gert van der Merwe said he had advised his clients not to respond to media inquiries until the veracity of the mails had been established.

In December 2015 Tshepiso and Thato spent eight days at The Oberoi hotel in Dubai on Sahara Computers' account.

This was a little over a year after the Guptas had scored millions in a dairy farm project in the Free State town of Vrede, hometown of Mineral Resources Minister Mosebenzi Zwane.

Zwane, who has also been entertained in Dubai by the Guptas, was MEC for agriculture at the time and the funds poured into this project were from his department.

The Magashule brothers did not respond to Sunday Times queries sent via Meeko.

Yusha, who appears to have first visited the Saxonwold compound in September 2012, flew to Delhi from Johannesburg in 2014 accompanied by his then business partner and Gupta associate, Malcolm Mabaso.

E-mail correspondence between Sahara Computers CEO Ashu Chawla and a travel agent shows the Guptas paid for the trip. Yusha failed to respond to questions sent by the Sunday Times on Friday.

He was then appointed political adviser to Zwane.

When asked for comment, Duarte denied introducing her son to the Guptas, whom she has vigorously defended.

"I am not intimately acquainted with the family and all the people my son may or may not have met. I am aware he went to India at some point. I do not know who paid for this trip," she told the Sunday Times.