Iqbal Sharma: The inside man at Transnet 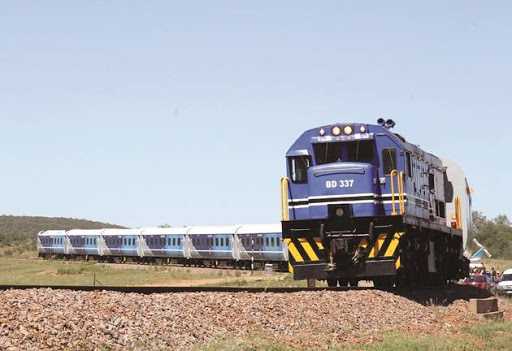 One of the Transnet Engineering trains sold to Botswana.
Image: Moreri Sejakgomo

A Gupta associate on the board of Transnet shared confidential board committee documents with the family before a board meeting that escalated costs for a locomotives tender set to net them R5.3-billion in fees.

Iqbal Sharma, former business partner to Gupta associate Salim Essa, sent the agenda of Transnet's board acquisitions and disposals committee meeting a week before the meeting to an e-mail address from where it was forwarded it to Tony Gupta.

The May 2014 meeting was key for the family: it took a resolution to recommend that Transnet's board escalate the costs of the 1,064 locomotives tender - from which Essa stood to make billions in professional fees from bidders - from R39-billion to R52-billion.

Leaked documents seen by the Sunday Times in e-mails from the family's businesses and associates show how Sharma, who was chairman of the committee at the time, sent the agenda to an unknown person using the address 'wdrsa1@gmail.com', who then forwarded it to Gupta.

E-mails reveal how Essa signed a "business-development services agreement" with one of the successful bidders, China South Rail, which meant his company Tequesta stood to receive R3.8-billion in fees from the CSR's R18.1-billion portion of the contract. This was repeated in two other contracts awarded to CSR by Transnet, where Tequesta would earn a further R1.5-billion in fees.

This week Transnet did not respond to questions around the deals, the leaked agenda and reasons for the escalation.

A former Transnet board member said: "There were some R5-billion in hedging costs and something else ... I cannot remember well."

Transnet has emerged as a key institution from which the family and associates, using board and executive appointments, inserted themselves into numerous tenders, and extracted professional fees. It has also been exposed for making millions in payments to Gupta-linked company Trillian for work allegedly not done.

Sharma said the escalation was recommended by the executives dealing with the process and had been presented by then chief financial officer Anoj Singh - another Gupta-linked executive. "They could best answer the reason for increase as I do not have the support documents with me," he said. "The recommendation would have been to take it to the full board where all these matters are approved ... Even as a chair of the [board committee], I and other members had no direct sight of the procurement process and evaluation."

Declining to comment on the forwarded mail, Sharma said : "A secure process for the high-value tender was created and followed. Evaluators included the group chief executive officer, CFO, the chief executive of Transnet Freight, the chief procurement officer and others."

Reports from the mails thus far have lifted the veil on the Guptas' wide network of influence over the state, from the cabinet to parastatals.

Singh, now chief financial officer at Eskom, was exposed for being on four Gupta-sponsored trips to Dubai during the period Transnet awarded a R1.8-billion contract to Neotel. Gupta-linked company Homix earned R36-million from this transaction.

On Friday Singh referred all questions to Transnet, saying 2014 was too long ago for him to remember details.

The Guptas' attorney, Gert van der Merwe, said he had advised his clients not to respond to media inquiries until the authenticity of the e-mails had been established. "I'm happy to support a judicial inquiry [into allegations of state capture]. We will participate and co-operate fully and that will give me the opportunity to rely on authentic documents."