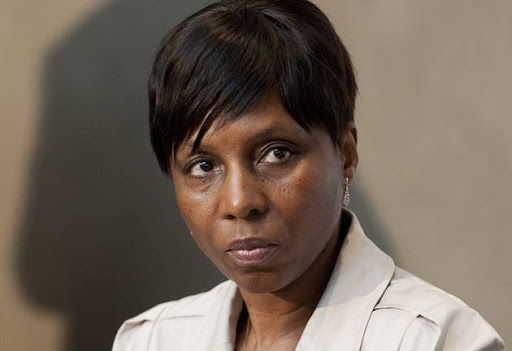 Communications Minister Ayanda Dlodlo failed to declare a 2015 trip to Dubai and her stay at the luxurious Oberoi Hotel when she was the Deputy Minister of Public Service and Administration.

This has emerged after a thorough investigation of Parliament’s Register of Members’ Interests‚ according to the Democratic Alliance.

“Clearly‚ Minister Dlodlo has a lot to answer for‚” said party spokesman Phumzile van Damme in a statement on Wednesday.

Dlodlo has been reported to the Joint Committee on Ethics and Members’ Interests for her alleged failure to disclose these benefits.

“The DA have thoroughly interrogated the 2015 Register of Members’ Interests and found that Communications Minister‚ Ayanda Dlodlo‚ failed to declare her 2015 trip to Dubai as well as her stay at the luxurious Oberoi Hotel when she was still Deputy Minister of Public Service and Administration‚” said the statement.

“Further allegations emerged yesterday by former ANC MP‚ Vytjie Mentor‚ that Dlodlo accepted an offer from a French Nuclear company for a first class flight to watch the French Open tennis tournament‚ an extended stay at a luxury hotel and a possible shopping spree in 2009.

“These expenses were not declared in either the 2009 or 2010 Register of Members’ Interests.”

Leaked documents allegedly show that her stay in Dubai was arranged by Gupta-owned Sahara Computers and the cost of her stay‚ including spa massages‚ room service‚ accommodation and car hire‚ was paid by Fana Hlongwane‚ who was implicated in former Public Protector Thuli Madonsela’s State of Capture report and the arms deal.

Hlongwane has previously claimed to be “like an uncle” to President Jacob Zuma’s son Duduzane.

Parliament’s Code of Conduct requires MPs to disclose sponsored trips‚ who paid for the trip and the estimated cost.

“The flood of revelations contained in the Gupta emails are further proof of the family’s unbridled influence over countless ANC public representatives‚” said the statement.

“What is of great importance is that Minister Dlodlo confirmed yesterday that the Gupta-owned company did indeed organise her stay and that Hlongwane paid for it. This admission is therefore the first official legitimisation of all of the Gupta emails and the shocking extent of State Capture that they reveal.”