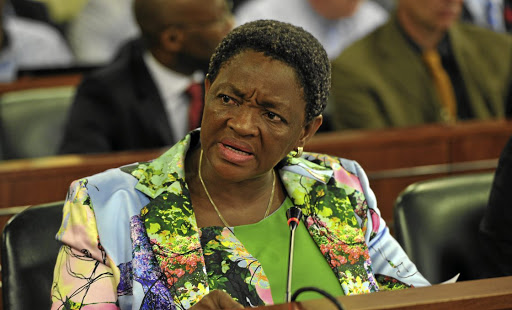 Bathabile Dlamini says her position was not a betrayal of victims of abuse because Mduduzi Manana would face the music in court.
Image: Supplied

In an interview with the Sunday Times, Dlamini said the women's league would not call for Manana's removal from government as the attack was being used as a political tool.

Dlamini's stance flies in the face of the aims and objectives of the league, which are to "campaign for an end to all forms of violence against women, children and other vulnerable groups" and to champion women's rights.

Asked if the league would call on President Jacob Zuma to act against Manana after he was charged this week with assaulting the woman, Dlamini said action must be taken against other leaders first.

"Don't start from him," she said. "If we want to say everyone who occupies a senior position in government, we must know his track record. Because there are those that are actually worse them him.

"They must come out in the open. We must know them. We must know how they are going to be rehabilitated. As the women's league it is our role to fight on the issues of women ... [like] gender-based violence.

"I don't want to be part of those games of saying ... [should] he resign or not. Even in other parties there is sexual harassment and it's not treated the way it's treated in the ANC. And I refuse that this issue be made a political tool. It's not a political tool."

Manana met Zuma on Monday, when it is understood his possible resignation came up in the discussion. But six days after the meeting Manana remains in office.

Zuma's spokesman Bongani Ngqulunga said Manana gave Zuma "a full account of what happened in the early hours of the morning of the incident".

"The president instructed the deputy minister to co-operate fully with law enforcement agencies as no one was above the law.

"The president has noted that the deputy minister has confirmed the incident and is considering the matter and implications thereof for government and the office he holds," said Ngqulunga.

Manana has long been associated with the pro-Zuma camp within the ANC, as has Dlamini, who is minister of social development.

But those close to Manana say he has recently switched his allegiance to the group backing Deputy President Cyril Ramaphosa as Zuma's successor.

Dlamini said Manana had been treated unfairly by the media while other senior government leaders, who faced similar accusations, were not put under similar pressure to resign. "There are other things that have just happened and they were taken as a joke."

Asked if she was referring to the sexting scandal involving Minister in the Presidency Jeff Radebe, Dlamini said: "It's up to you what you say. But I'm saying there must be consistency on this issue. We are not objects. People must not use us and this issue as a political tool."

Asked about the criminal charges against Manana, she said: "I don't care whether there is a case ... How many cases of violence against women and children are reported? What is the number?

"Because this has been used as an indicator, cases that are reported to police. There is a review that was done ... that the indicator we are using of reported cases is wrong. Because there are many cases of violence that are not reported. That is why I'm saying we need to change the approach," she said.

Dlamini said her position was not a betrayal of victims of abuse because Manana would face the music in court.