'Not my job to shield ANC,' Mbete said to have told party caucus 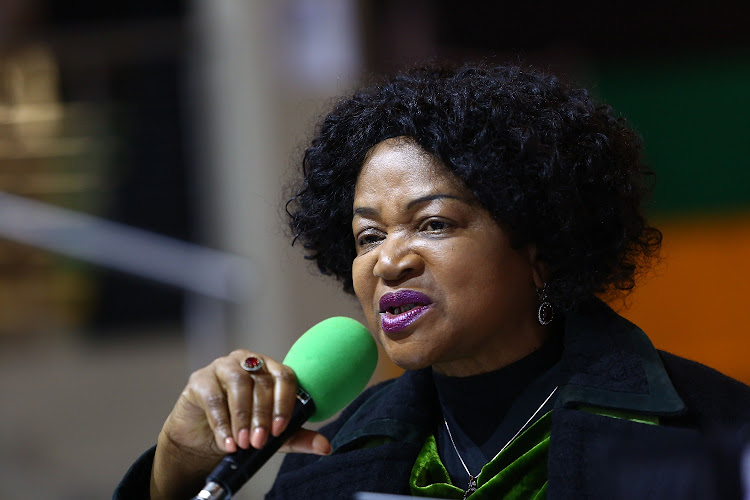 National Assembly Speaker Baleka Mbete this week defended her decision to allow a secret ballot in the vote of no confidence against President Jacob Zuma - telling ANC MPs her job is not to shield the party.

Mbete, who is also the party's national chairwoman, told ANC MPs during a closed caucus meeting that she could not be expected to act only in the interests of the party when exercising her duties as speaker.

Several ANC MPs, who spoke on condition of anonymity because they were not authorised to speak publicly on the matter, told the Sunday Times that Mbete strongly defended her decision.

No romance, but Maine dumps Supra

The bromance between ANC Youth League president Collen Maine and North West premier Supra Mahumapelo is over.
News
3 years ago

Mbete broke her silence following calls from Zuma's backers for the ANC to discipline the more than 30 ANC MPs who did not vote to protect Zuma - and a push by Zuma supporters for her to explain her decision.

Insiders said Mbete spoke after being asked by chief whip Jackson Mthembu to make an input. She told the gathering that her job required her to go beyond acting in the interests of the ANC.

The speaker said that in making the decision on the vote, she had to factor in the views of the 11 million ordinary South Africans who had put the ANC in power.

"The speaker ... said if citizens raise issues and we ignore them, they are not going to vote for us in future elections," said one MP.

This was the first time the ANC parliamentary caucus had met since the motion of no confidence three weeks ago.

The meeting had been called to deal with the fallout from the vote.

Other MPs said ANC secretary-general Gwede Mantashe, who was also at the caucus meeting on Thursday, pushed a conciliatory tone, telling the meeting it was not in the party's interest to try to hunt down those who might have voted in support of the motion.

Derek Hanekom is being used as a crash test dummy to show other ANC dissenters what could happen to them.
Ideas
3 years ago

"There's now a realisation that if you continue with this witch-hunt, you will tear the ANC apart. Gwede even asked Derek [Hanekom] in jest if he was a witch, and he shook his head when the matter was discussed," said an MP.

Hanekom is one of the ANC MPs suspected of having voted to oust Zuma, as are former finance minister Pravin Gordhan and MP Makhosi Khoza. Gordhan and Khoza were not present at this week's meeting.

Mantashe also reprimanded pro-Zuma backbencher Sibusiso Radebe for suggesting that "snakes" within the ANC should be dealt with.

"We are unfortunately unable to comment on a rumour relating to a closed meeting of a political party. Please talk to caucus on this matter," he said.

Mantashe takes on the little people, and lets the big guy do just as he likes

There seems to be an increasing number of things to worry about in South Africa. Apart from the consequences of the economic crisis, we also have to ...
Opinion & Analysis
3 years ago

All eyes on Makhosi Khoza: A woman who takes it to the max

Makhosi Khoza has sprung like a clear-eyed phoenix from the ashes of a corruption-riddled ruling party and everyone wants to know: who is this woman?
News
3 years ago

DA leader Mmusi Maimane has extended an open invitation to the so-called ANC rebels‚ ruling party MPs who voted in support of the motion of no ...
Politics
3 years ago