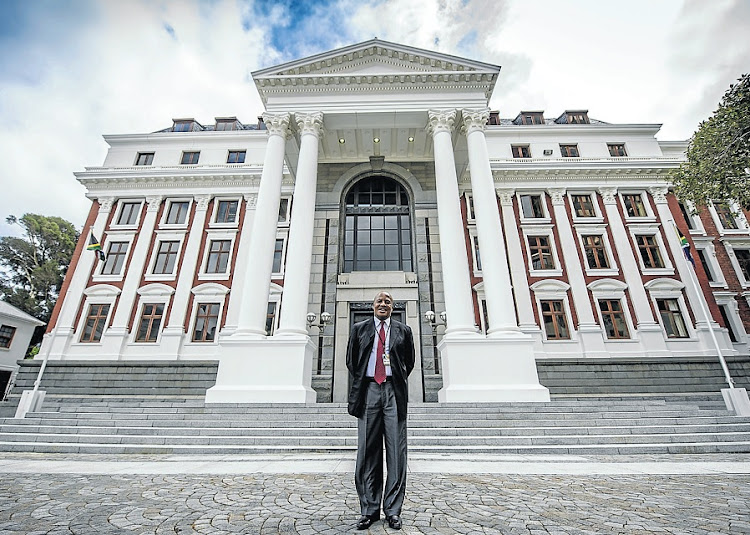 Mthembu, a backer of Deputy President Cyril Ramaphosa, told the Sunday Times his support was not for personal gain as he planned to go back to his home in Mpumalanga to spend time with his family.

He said the failed no-confidence vote against Zuma, when about 26 ANC MPs voted with the opposition, had created a "toxic space" in his caucus. The toxic environment was a result of the leadership battle as well.

Mthembu said he had not spent enough time with his family for the past 23 years, which had led to a divorce from his first wife. He also opened up about his 32-year-old son who is in jail.

"One thing that I'm pondering is, after everything that I've done and not done for my family, isn't it time that I prioritised them? I've prioritised my people, my organisation at the expense of family. I once divorced precisely because I was never home," he said.

"My first-born has been hooked on narcotics and now is in prison. These are things that I'm pondering. If I was always there, available, would he have gone this route?

"I have a wife now and two kids that are with me here [in Cape Town]. I'm pondering whether shouldn't I take time off with my family before I die and try to make amends and see whether this one who's in prison ... when I can get the time and space to turn things around for him. So there are all these personal considerations," he said.

Mthembu, who is also a member of the ANC national executive committee, said he had yet to consult party leaders on retiring.

"[I've been] of course sidelined from any cabinet from 1999. No problem, but I've served my people.

"I've not consulted on this, but I'm really agonising about it; I don't think I've been that good to my family.

"That does not mean leaving the movement, it means leaving a higher leadership position. Comrades like me can still help redeem [the ANC, but] you can't wish away how I feel. One is no longer that young. I will be 60 next year and there are many capable cadres, given a chance, who can do this thing that we are doing. We must not think we're irreplaceable.

"Whatever one does is not influenced by personal glory; there's no personal benefit that I will derive. In fact, these days, more than anything, we might also die for what we're doing, anything is possible ... the era we are in is almost like when we were fighting an apartheid tyrannical state."

Mthembu, who was appointed chief whip last March, admitted that he was leading a divided caucus where there was growing mistrust among ANC MPs.

He described the mood in his caucus as "toxic", saying this was one of the issues that would require urgent attention from the new leadership to be elected in December.

"As we go towards this conference in 2017, one thing we must be able to deal with[is] toxicity of our political space in the ANC."

Zweli Mkhize: a presidential candidate in his own right

Since being ditched as Cyril Ramaphosa’s running mate, Zweli Mkhize has come out as a presidential candidate in his own right, stressing that the ...
News
4 years ago

Salacious: The deputy president's immediate response to allegations about his sex life was to panic
Ideas
4 years ago

There is no doubt there is a dirty tricks campaign underway to torpedo Deputy President Cyril Ramaphosa’s bid for the ANC presidency‚ but he is not ...
Opinion & Analysis
4 years ago

Cosatu is not concerned about Deputy President Cyril Ramaphosa’s alleged extra-marital affairs‚ because the ANC is not “electing a pope” in December‚ ...
Politics
4 years ago