Treasurer warns that infighting is hitting the party's finances 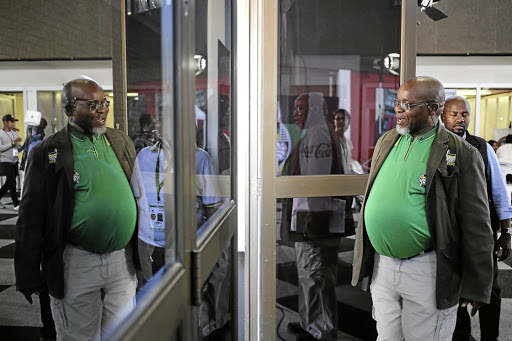 The ANC plans to sell the assets of its investment arm, Chancellor House, as part of an ambitious plan to modernise the party and renew the organisation's design.

According to a proposal, the party will establish a separate legal entity, Luthuli House Trust.

Chancellor House will be liquidated and the cash for its assets will be put in an endowment trust.

The plan was presented as part of the financial report delivered by outgoing treasurer-general Zweli Mkhize at the ANC's national conference last night.

The redesign would separate the party from the running of the organisation, and the new legal entity would be responsible for day-to-day administrative operations.

The main motivation for the plan is financial sustainability, to limit the party's legal liability and to modernise the running of the party, the proposal said.

In the past five years, the ANC had to raise about R2.5-billion for operational costs and election campaigns, with 65% of its revenue depending on donations.

In the proposed organogram of the redesign, Luthuli House Trust would be responsible to the incoming national executive committee.

The trust would include a main nonprofit company that would deal with the party's organisational needs.

Parallel to that, an endowment fund would be set up to make money for the ANC.

"The proposal is that the endowment is made from selling certain Chancellor House assets and donating the cash value to the trust," according to the plan.

Chancellor House shot to notoriety for having large stakes in companies doing business with the state.

The presentation made to delegates at the ANC conference indicates that the party would have to come up with an investment guideline for this fund to avoid a situation similar to that which existed with Chancellor House.

Blacks are going into business at a record rate

According to the proposal, the nonprofit company to be set up under Luthuli House Trust would deal with the administrative, management and operational needs of the ANC.

"It will employ staff, enter into litigation and acquire and dispose of assets," the presentation to conference reads.

The new secretary-general would continue to be in charge of the organisation and would lead the operational responsibility for Luthuli House Trust and its operations company.

Under Luthuli House Trust, it is proposed that a stalwarts trust and a heritage trust be set up and a charitable institution registered whose purpose would be to give charitable donations in the name of the ANC.

In addition, the ANC is considering setting up an elections and events company whose aim would be to "manage and facilitate the participation of the ANC in elections and generate income by managing and staging events on behalf of the ANC and its alliance formations".

In the past five years, the ANC's election budget has exceeded R730-million, according to sources with knowledge of Mkhize's report. In the same period, it has spent close to R900-million on salaries.

Salaries have been the biggest expense for the party.

ANC delegates were told that the long-term sustainability of the ANC was at risk if the current organisation design and set-up was maintained.

A commission on finance and fundraising at the conference is expected to further deliberate on the redesign plans tomorrow.

The financial report delivered by Mkhize indicated that the ANC's assets were vulnerable and in danger of being squandered.

Economic crisis could be solved by spending, not austerity

He said the party was exposed to revenue leakages and that lines of accountability and authority in the ANC were often undefined.

"The ANC has spent all of the funds it has raised and has been unable to save any of the funds.

"This has been a result of high operational costs associated with running the organisation as well as the paying off of old debts and legal settlements."

He noted that infighting, factionalism and misconduct have affected the party's financial support. This was because the party relied on donations.

"In the current environment, it has become necessary to always emphasise the obvious: that donations to the ANC are purely voluntary and strictly non-transactional.

"Donations to the ANC are not done in exchange of direct material or future benefit," Mkhize said in his report.

Outgoing ANC president Jacob Zuma did not eat‚ drink or dance at a glitzy “last supper” at Nasrec on Friday evening that was effectively called to bid him farewell after serving a decade as party president. Zuma arrived late, as is his style‚ with his wives Tobeka Madiba-Zuma and Bongi Ngema in tow. When starters were served‚ Zuma looked blankly ahead while his deputy‚ Cyril Ramaphosa‚ dug into the salmon and sipped on nothing but water.

Note: This article was changed to reflect when the treasurer-general's report was released.

Kgalema Motlanthe answers the call of ANC on Cyril's slate

Former president Kgalema Motlanthe is set to return to the ANC's national executive committee if a slate loyal to Cyril Ramaphosa succeeds.
News
3 years ago

ANC's promise to self-correct is a hollow one, beyond its ability

If the ANC was serious about using its national conference for self-correction, it would use the coming four days to do exactly that
Opinion & Analysis
3 years ago

Whoever emerges victorious at the ANC leadership conference in Nasrec this week must ensure that President Jacob Zuma doesn't stay in office a day ...
Opinion & Analysis
3 years ago