House arrest stopped him being on security detail at Nasrec 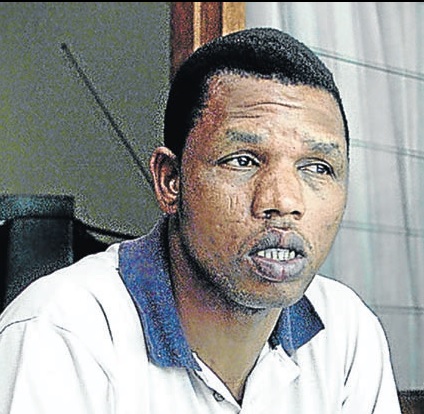 The ANC in KwaZulu-Natal wanted to send a convicted assassin as part of its security detail to the party's conference this weekend, just four days after he was released on parole from Durban Westville prison.

Russel Ngubo, a former ANC branch chairman and senior prisons official, was jailed in 2005 for two murders committed in 1995. He was released on parole on Monday.

He was sentenced to 25 years for the murders of an IFP leader, Nash Ngubane and IFP supporter Amon Mshengu.

The Sunday Times can reveal that the Umkhonto weSizwe Military Veterans Association wanted to send Ngubo to the conference, only to be stifled by his parole conditions. These require that Ngubo not leave the Msunduzi district of Pietermaritzburg.

"He would have gone, but one of the parole conditions is that he cannot leave Pietermaritzburg," said Willer Kheswa, chairman of the MKMVA's Moses Mabhida branch. Kheswa confirmed that Ngubo had been considered for the security detail and as a non-voting delegate.

"He is a member in good standing and a deployable cadre," said Kheswa. "You cannot discount his immense security expertise, and the ANC needs that."

The Sunday Times understands that sending Ngubo had already been considered in September in the expectation that he would be released on October 17.

This was confirmed by senior ANC member and MPL Amon Zondi, who was arranging Ngubo's political integration.

"He wanted to go and we all wanted him to go, but his stringent parole conditions dictated that he could not," said Zondi.

KwaZulu-Natal ANC head of security Vincent Madlala said he had heard about "a Ngubo from Maritzburg" being part of the security detail but knew nothing else about it.

He said Ngubo would not have been part of the sanctioned provincial executive's security detail.

"We have been fighting all sorts of rogue elements in security in the run-up to this conference. I know that issue about Ngubo, but it was never going to happen," said Madlala.

"There are a number of parallel lists of security personnel that we have had to remove from conference.

"Even on Friday we were still fighting the same issues with companies and individuals who are poised to be part of the conference but have not been vetted," said Madlala.

Asked about this, provincial ANC chairman Sihle Zikalala said he was not aware of any role for Ngubo. "Speak to the secretary, Comrade Super [Zuma], I'm not familiar with the issue."

Ngubo's release was a hot topic after senior prisons officials revealed this week how the politically connected prisoner was granted a "state trip" to the ocean to cleanse him of bad luck.

Ngubo was also chauffeured by prison officials to his rural home in Impendle.

His luxury lifestyle in prison was exposed during his incarceration. His cell even had a TV set.

His relationship with provincial prisons boss Mnikelwa Nxele dates back to the Richmond days when they, together with slain warlord Sifiso Nkabinde, were dubbed "Harry Gwala's boys".

A source close to Ngubo and prisons officials said a house has been built for Ngubo as part of his integration back into society.

Kheswa confirmed the house had been built for Ngubo using donations.

He wanted to go and we all wanted him to go, but his stringent parole conditions dictated that he could not

He said the Msunduzi municipality had made land available as part of the Department of Defence's military veterans policy, which allocates 30% of jobs, tenders and housing to military veterans.

Ngubo, as a member of a self-defence unit, would qualify, he said.

"He is one of our own and he has contributed immensely in the struggle," said Kheswa.

The regional secretary of the Moses Mabhida branch, Mzi Zuma, referred questions to the MKMVA, but confirmed that the house had been built for Ngubo.

The Sunday Times found Ngubo's house in Pelham, a suburb of Scottsville in Pietermaritzburg.

His wife, who identified herself as MaZuma, said the house was new and that it had been built for her husband.

"I am his wife and I can confirm this is his new home.

"He is not here, but in Impendle at his other home. He was only here on Tuesday and left Wednesday," she said.

She would not give her full name or answer further questions.

A source close to Ngubo said: "The ANC has always felt that it owed him for his contribution in stabilising the KZN Midlands region and had promised to take care of him in [and] outside jail. It's not clear what stranglehold he has on them.

"He had been offered a job at the Department of Social Development, but that has since been put on ice. There are job offers for him both in the Richmond municipality and Msunduzi municipality, but not confirmed yet, all in security."

Ngubo was meant to be released on October 17, but at the time the parole board was reviewing two cases of assault he faced.

Thulani Mdluli, spokesman for the provincial department of correctional services, said Ngubo was released as a "high-risk, maximum-category parolee" and would be kept under house arrest.

He said the conditions could be relaxed if personal circumstances were taken into account.

Mdluli said allegations that Ngubo had attacked a pregnant warder at the Sevontein prison had been investigated and withdrawn.

The use of State Security Agency staff for the ANC national conference has raised questions about the possible abuse of state resources by the ruling ...
News
3 years ago

Once the votes are counted, spare a thought for policy

It's Sunday. Depending on when you read your Sunday Times you may already know who the new president of the ANC is. Or not. You may have to wait ...
Opinion & Analysis
3 years ago

ANC's hell ride under Zuma comes to a crashing end

After all he has done, it is difficult to believe that Jacob Zuma actually made it to the end of his second term as ANC president.
Opinion & Analysis
3 years ago

Kgalema Motlanthe answers the call of ANC on Cyril's slate

Former president Kgalema Motlanthe is set to return to the ANC's national executive committee if a slate loyal to Cyril Ramaphosa succeeds.
News
3 years ago