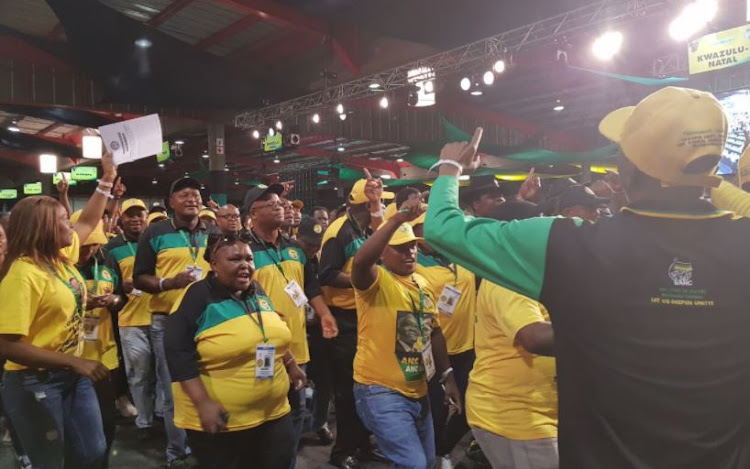 The ANC negotiated for delegates to be served dinner at their hotels at an additional cost.
Image: Alaister Russell

The ANC national conference came with a hefty price tag as the party planned to fork out close to R25-million on hotel rooms to accommodate more than 6,000 delegates and guests.

The Sunday Times has established that the ANC booked rooms in 35 hotels all over Gauteng, which translated into 3,308 rooms with a total of 6,145 beds.

Aside from the mountain of costs related to its national conference, which began yesterday, the ANC had to pay at least half of the total amount to secure the rooms, with the remainder, close to R12-million, due by the end of the conference on Wednesday.

This excludes the cost of hiring the Nasrec expo centre and catering costs.

Party insiders said while all the rooms would be occupied, this total figure excluded rooms and suites booked for leaders at their own expense, for campaign lobbyists, personal security and drivers.

The costs budgeted by the party for accommodation exclude any additional costs from delegates breaking or destroying anything in the hotels, the source noted.

Some ANC leaders with a penchant for luxury living are rumoured to have booked suites at exclusive five-star establishments across the province.

The ANC hotel bill ranges from R500 a night for some delegates up to a premium of R1,550 a night for rooms booked for the party's top leadership.

The hotels are booked as far as Centurion in the north, and Kempton Park in the east.

The party negotiated for delegates to be served dinner at their hotels at an additional cost.

The hotel with the most ANC delegates is Birchwood Hotel, on the East Rand; it is expected to house close to 900 delegates.

Rooms in a four-star hotel in upmarket Sandton were booked for members of the national executive committee but more than half of its members preferred to sort out their own accommodation.

Luxury buses and minibuses have been arranged to ferry delegates and ANC guests from the conference venue in Nasrec to their hotels across the province.

Delegates have to check out by the latest on Thursday morning.

NDZ sings in harmony with the president on radical economic transformation

In a series of speeches over the past year, President Jacob Zuma has hardened his position on the economy to arrive at a vision of radical economic ...
Business Times
4 years ago